How To Install XCache for PHP on CentOS [Step-by-step]

This was developed by mOo, which runs on production servers under high loads. XCache optimizes the performance by caching PHP scripts’ compiled state into the RAM and using them directly from the RAM. This process has an increase in PHP execution five times than the default installation.

This article will go through the steps to install XCache for PHP on CentOS 7 and 8. XCache is an extension for PHP that caches its operational code. It is extremely fast, speeds up the page loading times that have already been visited and increases the website’s overall loading speeds.

XCache optimizes performance by caching the compiled state of PHP scripts into the RAM and using the compiled version straight from the RAM. This may increase PHP execution by 1-5 times faster than default installation.

To install XCache on CentOS, we will need to install the EPEL repository.

EPEL (Extra Package for Enterprise Linux) is an additional repository that provides easy access to install packages for commonly used software. It is an open-source and free community-based repository project from Fedora which offers high-quality software for all major Linux distributions like CentOS and Debian.

This consists of but is not limited to open-source package tools like networking tools, sysadmin tools, programming, etc. This repository’s primary goal is to provide great ease of access to software on Enterprise Linux-compatible distributions.

The main reason for using the EPEL repository is that:

Install XCache for PHP on CentOS

To start the installation process, we will need first to add the EPEL repository to the system. For CentOS 6, CentOS 7 and CentOS 8, use the following code. 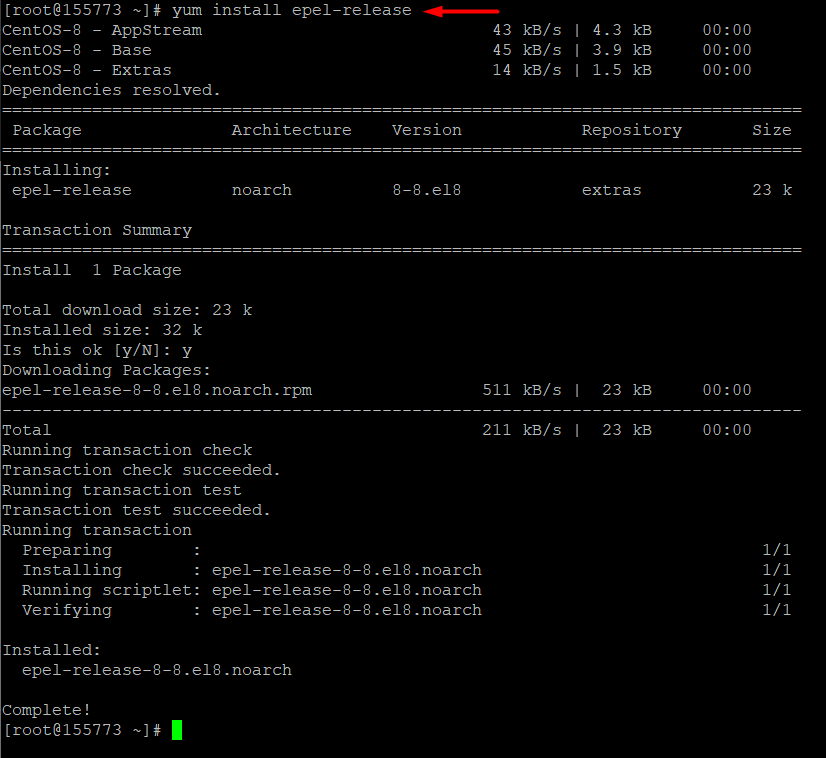 Now let’s go ahead with the second instalment.

You can install XCache for PHP and use the yum command. It will take the

Configuring of XCache for PHP

During the installation, XCache will create its default PHP configuration file. To open it, use the following nano command:

The output will look something like this. This file contains a long list of parameters that can be changed depending on your requirements. To learn more, visit the official Xcache website.

You have added the custom configurations in your XCache file at this stage. To activate it fully, we will need to Restart your Nginx web server. Once the webserver is restarted, all made changes will be activated. TO restart the Nginx server:

At this point, xCache should be successfully installed on your VPS. You can confirm that by executing the following command:

Now when listing the PHP version, it will include information about XCache as well:

Congratulations! You have successfully installed XCache for PHP on CentOS 7/8. Let us know in the comments below if you encounter any errors; we will be happy to help you.

Don’t forget to check out our articles that people usually read along with this.