CentOS is an extremely powerful Linux operating system, whose first edition attracted a huge population of fans as soon as it was released. This RHEL-derived operating system uses RHEL basic codes, available to users as open source. Derived from RHEL 2.0, CentOS introduced the first version (2.0) in 2004. Later on, it joined RHEL following a significant development. Under the supervision of Linux Foundation, REHL developed and offered this operating system in 2014. Owing to its smoothness and, at the same time, versatility, this operating system is today run on most web and enterprise servers as the main operating system. This operating system currently supports X86-64 architecture. The new version has added Alt-arch to the list of supported architectures. 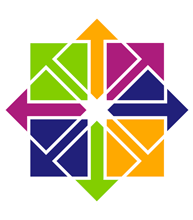 Similar to all other operating systems, CentOS has been upgraded in different years as new RHEL versions are offered. Every CentOS editions has offered several features and benefits in terms of usage and security. Below is a list of CentOS versions currently authentic and widely used. After reviewing and choosing the desired version, you can order your very own CentOS VPS.

CentOS as a web server is considered a perfect choice. Owing to its full repositories and support for RPM packages, CentOS can become a fully professional web server. Similar to other Linux systems, CentOS can be used when you are sufficiently familiar with the textual environment and terminal for setting up and managing the web server. In this regard, several companies have been developing website hosting panels, enabling you to set up and manage your website, domain and DNS through a fully graphical, modern environment. The following is a list of web hosting panels which can be installed on CentOS.