Choosing the best gaming CPU (processor) for gaming is crucial for enjoying the gaming experience to the fullest. Higher clock speeds and core counts can dramatically boost performance, leading to a snappier system, smoother gameplay, and faster execution of heavy tasks such as video editing and transcoding. Since every processor is confined to a particular CPU socket and set of chipsets, the CPU you select may limit the motherboard options.

After a thorough analysis of multiple parameters, the blog is built to simplify your decision of buying the best processors for gaming. By the end, you will be able to make an ideal decision for a good CPU for gaming that fits your budget and needs.

How We Cherry-picked The Best Gaming Processors

The chip's operating speed is measured in gigahertz (GHz) and is responsible for faster performance. This is critical information since most current CPUs vary their clock speeds depending on the task and temperature.

Cores are the small processors within the processors. Modern processors include anything between 2 to 64 cores, while most of them contain 4 to 8 cores, each capable of handling its tasks. At least four cores are required in most applications these days.

This is the maximum number of independent processes that a chip may do simultaneously. Many CPUs support multithreading; hence they are considered superior. Intel calls this Hyper-Threading, while AMD calls it SMT (Simultaneous Multithreading).

Even if two CPUs have the same clock frequency and threads, and if they are from different companies, they will yield varying levels of IPC (instructions per clock cycle). IPC is highly dependent on the CPU design; newer generations will outperform older generations.

AMD has constantly moved closer to performance equality with Intel with its Ryzen / Threadripper family CPUs. With the Ryzen 4000 series, Ryzen 5000 series and Ryzen 6000 series, AMD has dominated the market.  AMD's current products have exceeded Intel's in almost every way, delivering better performance in both low and high-demand tasks involving many cores. Having said that, the CPUs of both companies are reasonably capable. 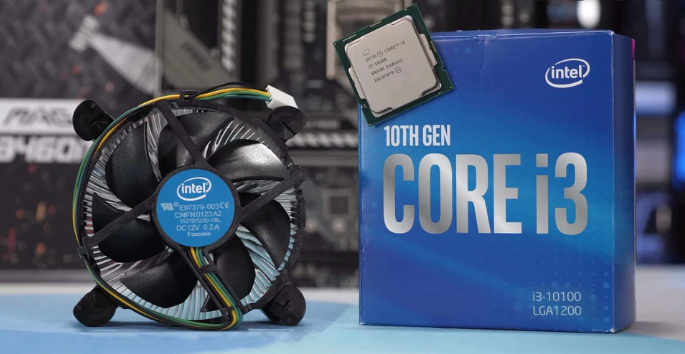 If you're looking for a competent Intel CPU from the iCore family, the 10th Generation Intel Core i3 processor should be at the top of your list. It is without a doubt Intel's best processor for gaming and has a maximum clock speed of 4.30 GHz and a cache size of 6M.

This processor, which has a base frequency of 350 MHz, is ideal for all amateurs and beginners entering gaming, graphic design, and other similar activities. It also contains an Intel UHD Graphics-powered graphics processing unit that can handle 4K video formats at 60 MHz. 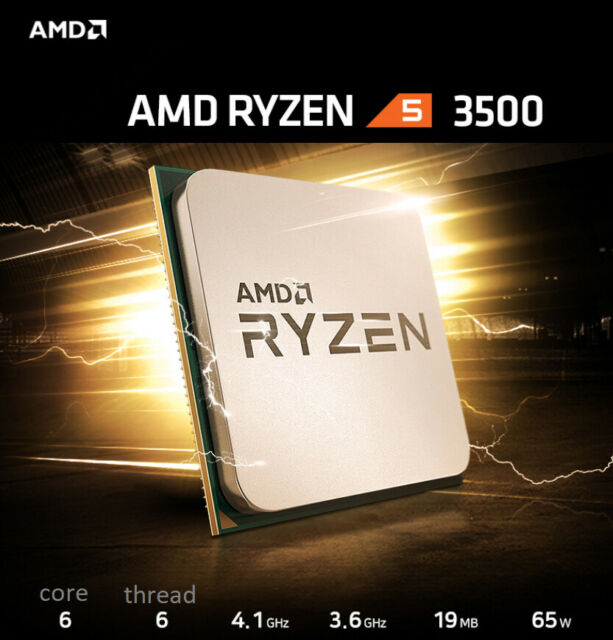 AMD has coupled this one of the best CPUs for gaming with a suitable motherboard, making this a compact solution for your PC. This allows you to save money by limiting your customizations and focusing on do-it-yourself techniques. The maximum frequency increase on the B450M-Pro gaming motherboard is 4.1 GHz.

It boasts excellent heat sink technology, which prevents the motherboard and processor from overheating. All you'll need to complete this system is RAM chips and a larger HDD or SSD. You can also attempt getting your hands on AMD's graphic cards, and then you'll be ready to utilize your PC thoroughly. 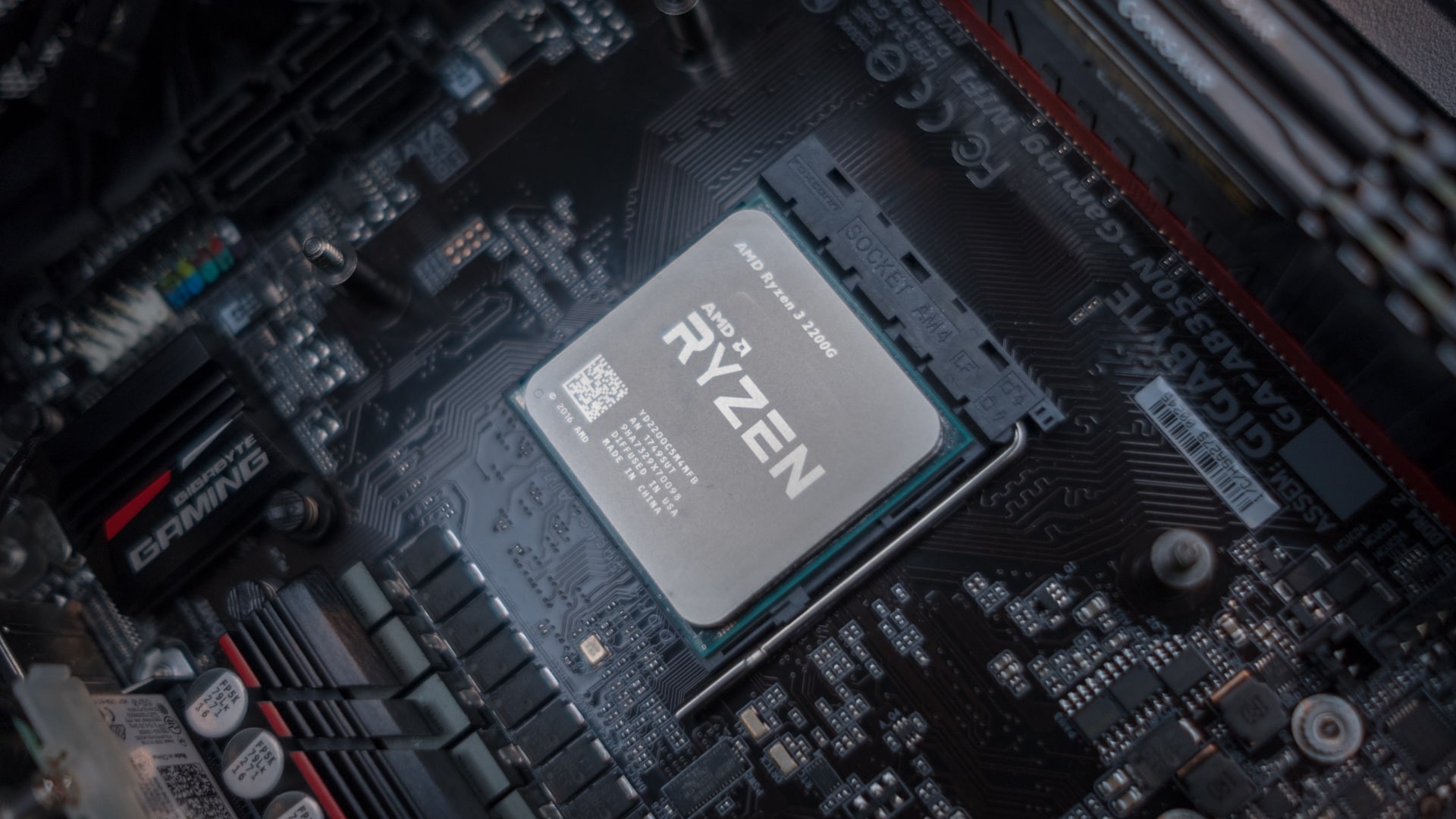 The Radeon Vega 8 Graphics processor, AMD Ryzen 3 2200G processing system and the proprietary heat sink technology make this CPU ideal for gaming. Because it includes a GPU, it is one of the most robust processors available in the market. However, you'll need a good motherboard and DDR4 RAM and other components.

This CPU is compatible with AMD 300 and 400 chipset-based Motherboards, including RGB lighting, faster USB, and Wi-Fi chipsets. This is a quad-core processor with four threads that can run at 3.7 GHz and has a 6M cache. 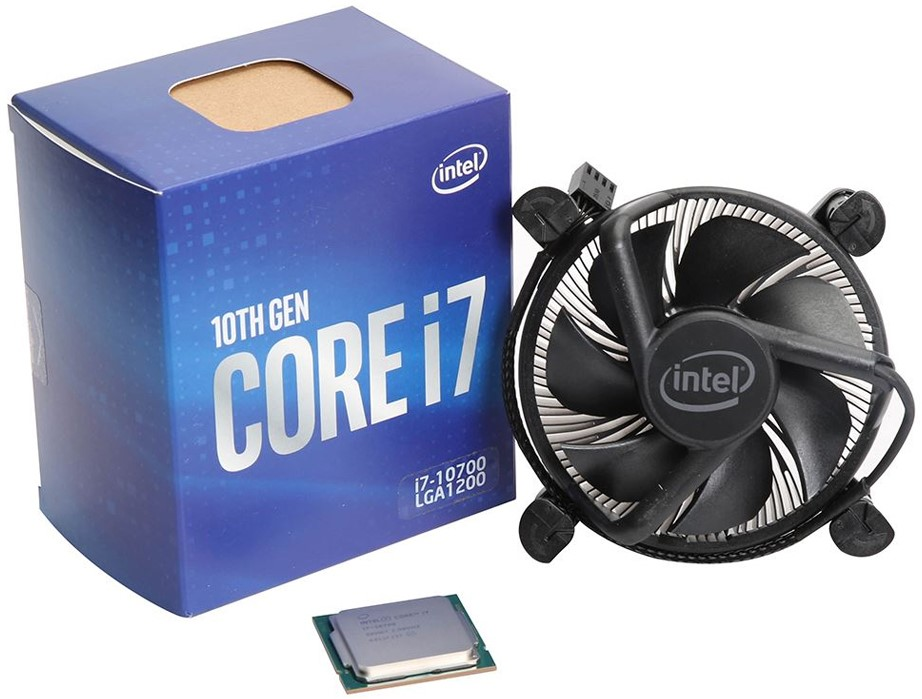 This 10th Generation i7 CPU has up to 8 cores and 16 threads of processing power. With Intel Turbo Boost 3.0 and a 16M cache, this processor can reach up to 4.8 GHz speeds. As a result, it is the most refined PC processor from the Intel family.

Hyper-threading technology makes gaming and other high-processing tasks look seamless. This package also includes the Open Broadcaster Software that makes broadcasting and streaming services a breeze, and you can pair it with a powerful GPU for flawless streaming like a pro gamer. Because the maximum memory amount is 128 GB, you're covered in processing speed. 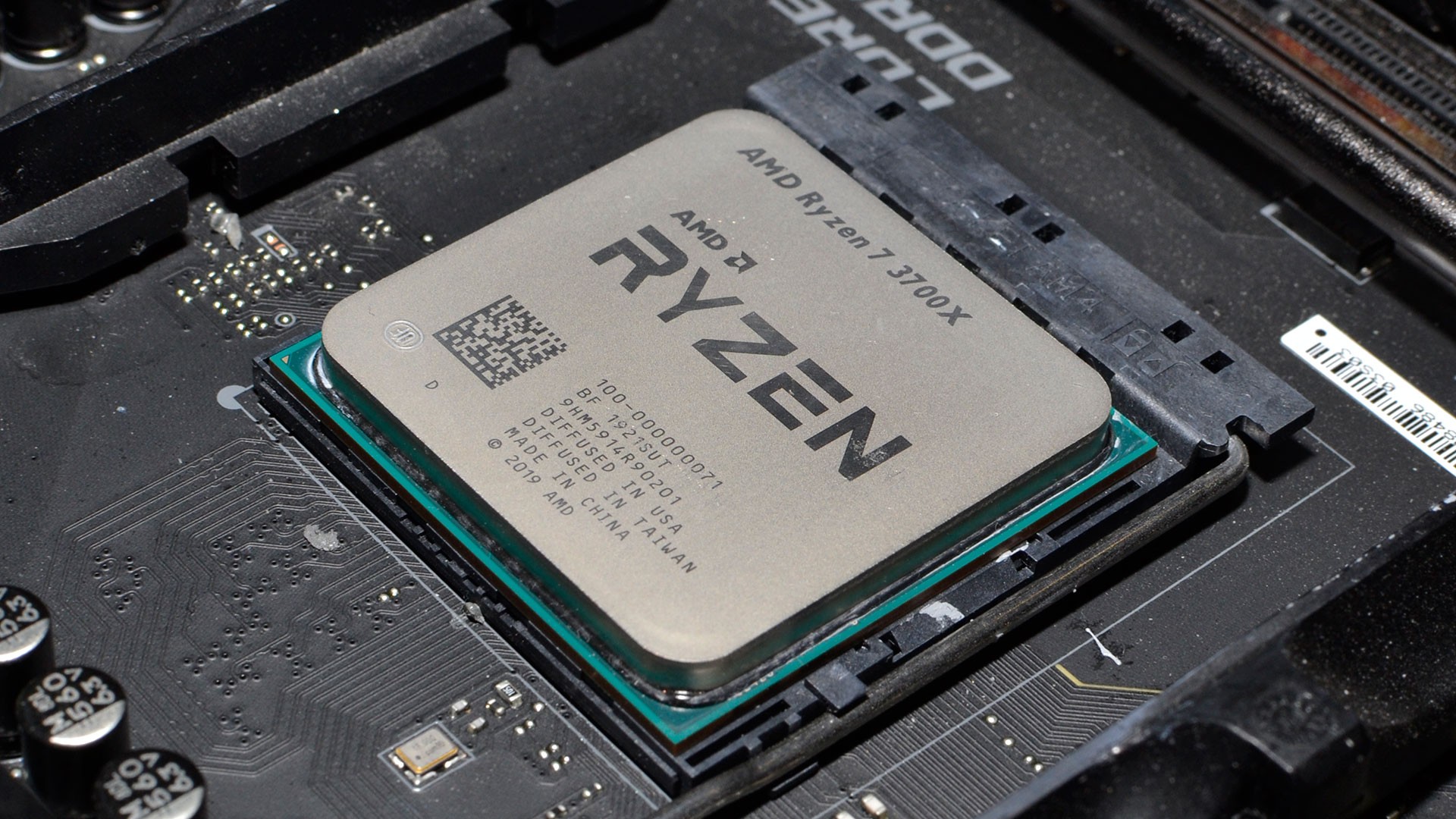 This AMD Ryzen processor competes with Intel's i7 10th generation processor. Although it is significantly more expensive than its competitor, it comes with an octa-core processor that can achieve speeds of up to 4.4 GHz and a 36M cache. It can only be used with AMD 300 and 400 chipset-enabled motherboards that are a little more pricey.

Because of its mobility and the number of people who use it, this processor is an ideal nominee for this list of best processors for mobile gaming. It is designed specifically for AAA gaming, and the heat sink technology prevents the cores from overheating. A good DDR4 RAM, typically above 64 GB, and a Vega GPU or the latest from NVIDIA are also required to use with this gaming CPU. 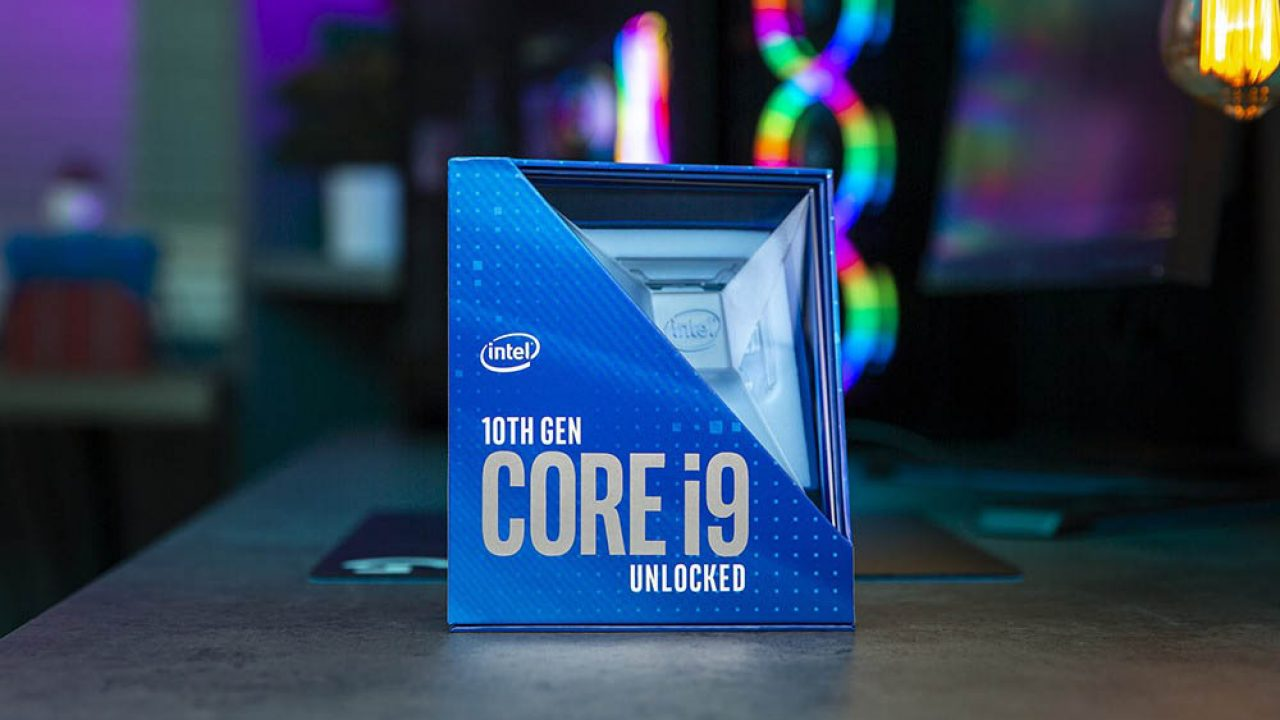 This gaming CPU has no competition as its processing unit was designed specifically for gamers and processor enthusiasts who like to brag about their PCs' processing power.

This makes it ideal for multitasking, and Intel Hyper-Threading technology allows for speeds of up to 5.3 GHz and a 20-megabyte cache. Because this is the most costly processor without a GPU, motherboard, RAM, or other peripherals, you'll need to invest in high-end accessories to make it an excellent PC configuration. 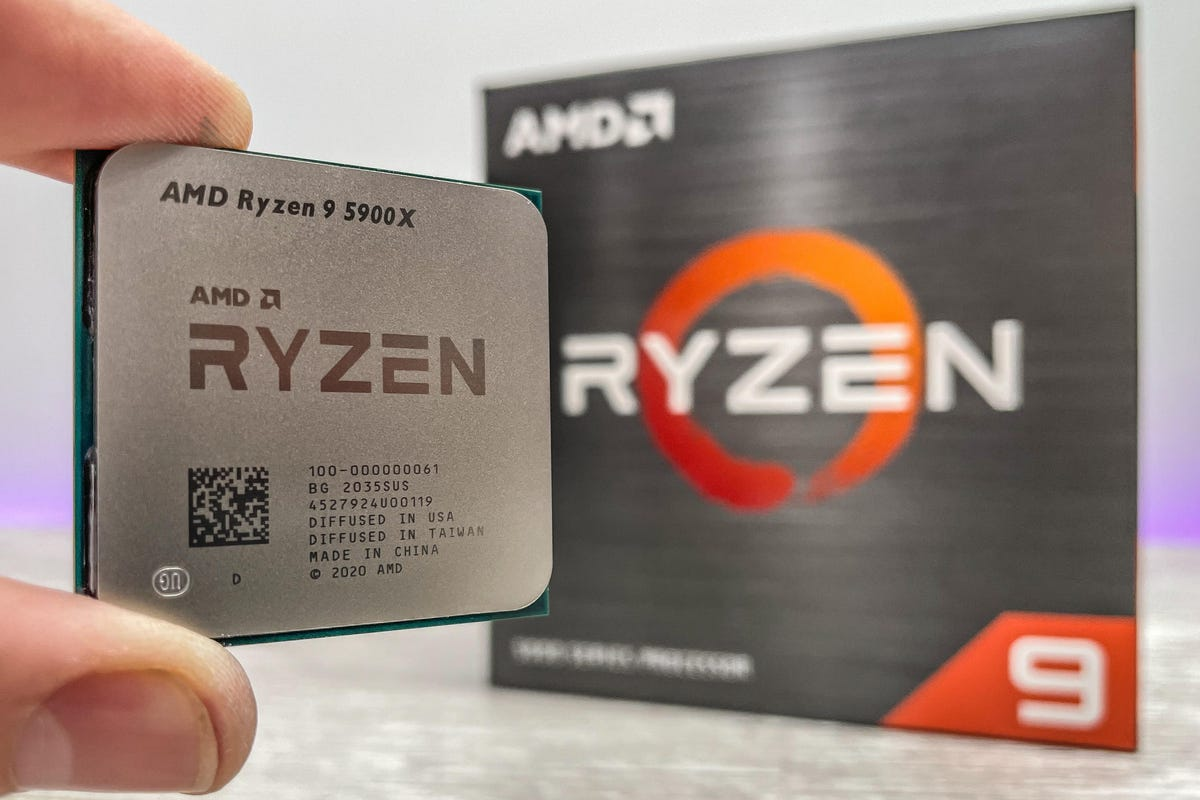 AMD has always attempted to align its processors with Intel's, which is why this is AMD's response to Intel's i9 chip. The AMD 5000 series Ryzen 9 5900X CPU is the ideal processor and is far less expensive than its competitors. It has 12 cores and can run at rates of up to 4.8 GHz, with 70 MB of cache for the 24 threads system.

This allows you to multitask and perform heavier processing with ease, and you can enjoy endless hours of gaming and computing without having to worry about anything. Although the heat sink technology keeps your system cool, extra coolers are required to make this the greatest processor for gaming. It works with high-end motherboards and AMD graphics cards. 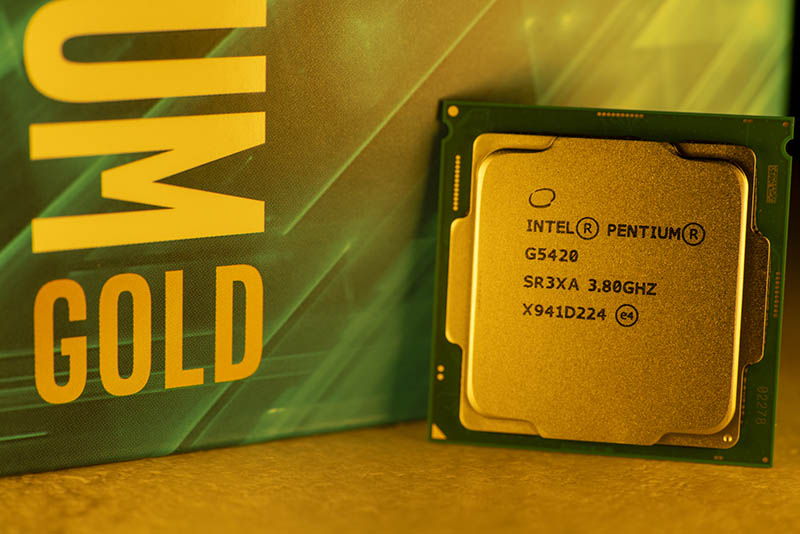 This entry-level Intel CPU has performed admirably and has acquired the title of the best processor for gaming. Even though this dual-core machine is capable of speeds of up to 3.80 GHz, it is compatible with a 4MB cache.

If you want to do basic and multiplayer gaming, you'll need a good gaming motherboard with cooling technologies, more RAM, and a better graphics card, among other things. It's compatible with low-cost motherboards, so your entire system won't break the bank.

This is AMD's most affordable processor, paired with a graphics processing unit that has made this processor to the list. It has a dual-core processor with four threads that can run at up to 3.5 GHz and has a 5 MB cache.

It is the main reason why professional gamers prefer to have numerous systems with this setup, and any low-end gaming motherboard may work with this processor. It comes with the AMD Stock cooling; however, you'll need external coolers to keep the system cool and your processors from overheating. With this processor, you can build a good PC, but your heavy games and software applications may slow. 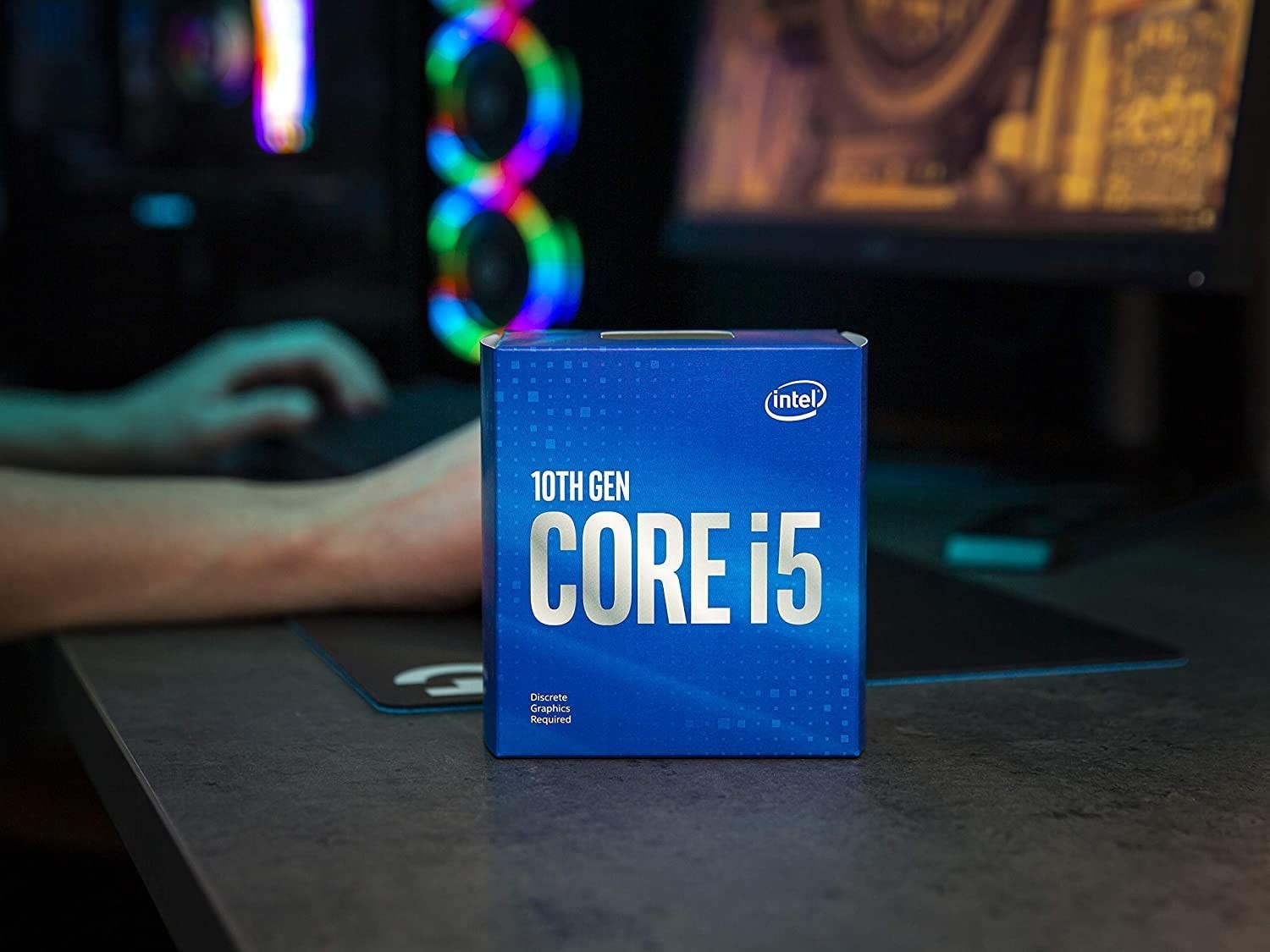 It is one of the finest CPUs for gaming, as per the reviews on various platforms. This processor is very compatible with other gaming motherboards, and it can be used with chipsets such as the Intel Q470, Intel Z490, Intel H470, Intel B460 Chipset, and Intel H410 Chipset, etc.

This CPU is also recognized for its compatibility with a wide range of visual processing units, such as the NVIDIA or Intel GPU series, and its ability to operate without regard to graphic pixelation, output, or other factors.

As you see here, there are a lot of gaming CPUs available. Your budget and the features you want the most will determine the best option for your needs. The best gaming processor for you depends on your needs and your budget.

The preceding list was created using the top options in terms of overall performance and value. And, because price-to-performance is the main criterion, many options are removed from the list.