What is Ubuntu? Why Do People Use It?

What is Ubuntu? Ubuntu is an operating system just like our Windows and Mac OS but more advanced and designed to handle difficult tasks. Ubuntu is free and can be used for both personal and professional needs. Ubuntu was made with one motive in mind, and that was to create and distribute applications freely.

With Ubuntu, you can create and customize your own applications by running some codes. And you can distribute them to other operating systems without running a risk of data loss or disabling any applications. Among many Linux-based operating systems, Ubuntu is one of them, and it can be used in computers, network servers, and even smartphones.

Linux Ubuntu was developed by Canonical Ltd, a company based in England, and they made the platform open-sourced. Let’s dig a little deeper into the Ubuntu operating system and learn how it benefits its users.

What is the History of Ubuntu?

Debian was a previous Linux operating system, and Ubuntu was created from that only and got released in 2004. Debian used to work in 1993 and has gone through many changes and advanced modifications over the decades. But when Debian first got released, some people pointed out that Debian was not easy to install and maintain. And it also lacked frequent updates that should only improve the operating system.

But in 2004, Mark Shuttleworth decided to improve the Debian operating system by opening the Canonical company. Mark Shuttleworth is a South African entrepreneur who also sold a security company the same year Ubuntu was released. 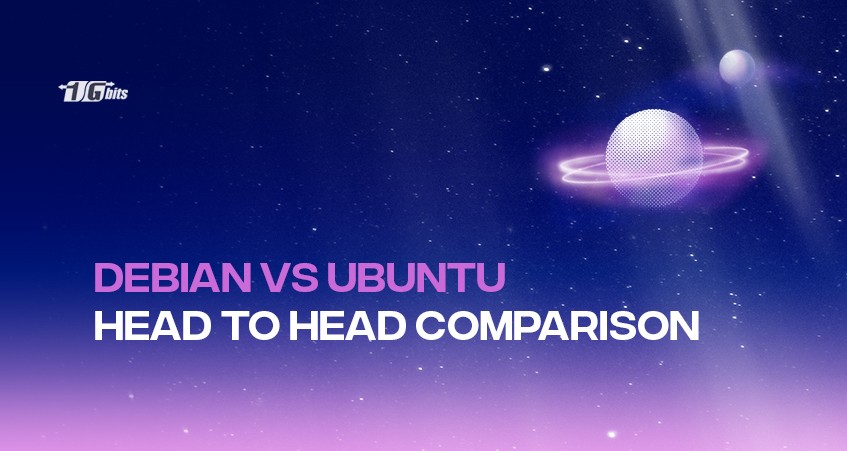 Here is a comparison between Debian vs Ubuntu! Read more

Ubuntu 4.10 was released in 2004, and the company decided that it would release Ubuntu updates every six months from the last month of releasing an update. And every update has eighteen-month support. Ubuntu was distributed among users free of cost through the CD or has been emailed for free.

Ubuntu has some popular distributions that help users from many parts of the world to create web applications and manage them seamlessly.

What are the Popular Ubuntu Distributions?

Ubuntu helps make a wide range of distributions for a new and unique desktop environment. Let’s take a look at the popular operating systems that are based on the Ubuntu OS.

All these Ubuntu distributions come with their own advantages. But all Ubuntu operating systems have common advantages to provide users.

What Are the Advantages of the Ubuntu Operating System?

Let’s have a look at the reasons why Ubuntu is so popular:

Ubuntu’s source code is open-sourced, which means you can customize and use the OS freely. Depending on your requirements and wishes, you can tweak its codes to make the OS suitable for your personal preferences.

Ubuntu OS is free of cost, and you can easily download and install it. This is a big advantage for the users because it can benefit both organizations and individuals simultaneously. Maintaining your system costs a lot of budgets but not in the case of Ubuntu software.

Ubuntu is the most secure system ever because you can change its code to make it more secure. You can grant or disable the permissions for apps to limit what they can do on your computer. Additionally, it comes with an in-built firewall to keep away threats. Its regular updates ensure that your operating system is running up to date.

Canonical and the Ubuntu community are supporting Ubuntu continuously and will do in the future. The company and the community work together to produce new updates to add new features to keep Ubuntu live, fix bugs, make it more efficient, and more.

It Meets All Your Needs

Ubuntu supports all your needs, no matter if you are a beginner user or an advanced one. Moreover, it comes with preinstalled applications such as LibreOffice, Firefox, VLC, etc., for the users.

You can change almost everything about Ubuntu with a little tweak of its codes and make it suitable for your own usage.

Ubuntu distribution is available for set up on emulated environments or virtual environments, and you can do it with a VM or containers. You can use Ubuntu for network servers, cloud servers, robots, and many other devices, including Windows and Mac.

Works as a Great Training Tool

An open-sourced Ubuntu distro is perfect for training and development. If you are starting your journey as a software developer, website developer, or equivalent, it’s the first thing to start with.

Even with all these advantages, Ubuntu Linux comes with some downsides too. But the advantages always outweigh the disadvantages.

What Are the Disadvantages of Ubuntu?

Now, let’s have a look at the problems you might be facing while using a Ubuntu distro:

Even though Ubuntu can manage system resources efficiently compared to other operating systems, it takes more CPU resources to perform properly. It even takes more resources than Lubuntu and Xubuntu.

It does not Provide an Excellent Gaming experience

Ubuntu has advanced throughout the years, and even though you can’t play all the AAA titles right now, you can start sooner or later with Ubuntu. You can play games from Stream or PlayOnLinux to enjoy high-quality gaming on Ubuntu.

So what is Ubuntu? You can find Ubuntu on devices such as web servers (Ubuntu server), email servers for programming, virtualization, DNS server, loT devices, file server, NAS, TV OS, and many other devices. The primary version of Ubuntu is GNOME (GNU Network Object Model Environment). It is a combination of GUI and a group of applications that makes it easy to use Ubuntu operating systems.

Apart from the regular Ubuntu distributions, Edubuntu, Kubuntu, Lubuntu, Ubuntu Server Edition, JeOS, and Xubuntu editions are available for different types of users. If you need more information about Ubuntu, check out our other articles.