Don’t know how to list users in Ubuntu Linux VPS? Fret not as that is what we are going to discuss here in detail. Ubuntu is among the top-rated Linux distributions with millions of users - a mix of students, professionals, developers, and whatnot - all around the world benefitting from the same.

Although it is a desktop-friendly Linux distribution that is sort of equivalent to Windows from Microsoft, Ubuntu offers excellent development capabilities. Moreover, Ubuntu is available in 3 different variants:

As you can see from above, Ubuntu Server focuses on server usage. It has gained quite a good momentum over the past few years. With the increase in the Virtual Private Server (VPS) trend, Ubuntu has become more important for server use than ever.

Before getting started with this guide on how to list users on Linux, it is imperative for you to know why exactly you might need to view the list of users on your Ubuntu Linux VPS. This is exactly what is explained in this next section.

Ubuntu has become extremely popular among professionals all thanks to its efficient performance and flexibility in terms of user interaction. A Linux server not only allows multiple users to log in to the system but also enables the system administrator to control the way users interact with the system.

As a system admin, you often need to review and manage the permissions of all the users and groups that have some level of access to your VPS. By listing users and groups, you can visualize the processes (or activities) that they are running on your VPS along with their permission levels to access data.

So now that you know why you might need Linux to list all users on a  Ubuntu VPS, it’s time for you to become familiar with the process that will let you do the same.

To list the users active on your VPS, you need to first establish a connection to your server. You can do this using a Secure Shell (SSH). Just keep in mind that you’ll need the PuTTy SSH client to access your VPS if you are on Windows.

On the other hand, if you are on a Mac or Linux, the built-in terminal will get the job done. After getting into your VPS system, what you need to do is simply run the following command in Ubuntu to list all users:

After running the command, you will be able to see a list similar to the one shown below: 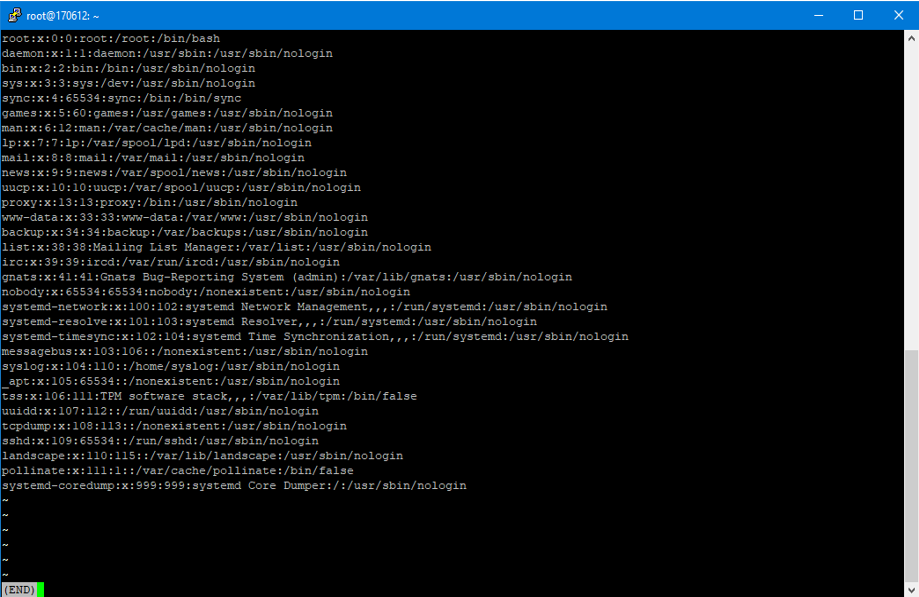 This list shows all the users currently active on the VPS with the first entry on the list specifying information about the root user. Each line on the list corresponds to a single user.

Let’s breakdown the information that each line represents by taking into consideration the first entry on the list i.e.:

You’ll notice that there are 7 different fields in the line that are separated from each other using: (colons). Here is what each field represents:

If you examine the other entries on the list, you will observe that the second field within each entry is represented with x. It is because the password of each user is encrypted and cannot be shown here. Thus, x is used as a placeholder for the field.

Also, you should notice that the User ID and Group ID assigned to each user are unique. 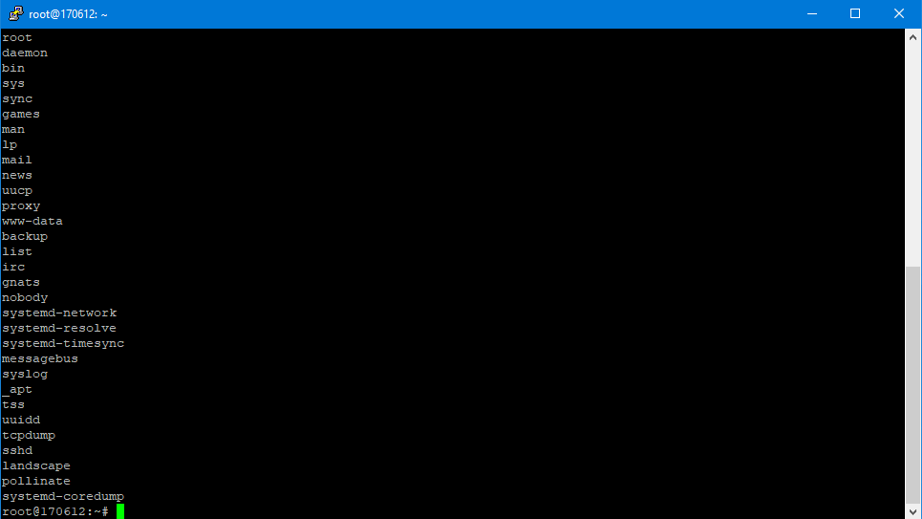 Apart from listing all the users, you can also get the list of groups active on your Ubuntu Linux VPS. In general, a group is a collection of users having the same level of permissions. Groups make it easier for you, as an administrator, to control users in batches.

To view all the groups active on your VPS, you simply need to run the following command on your SSH client: 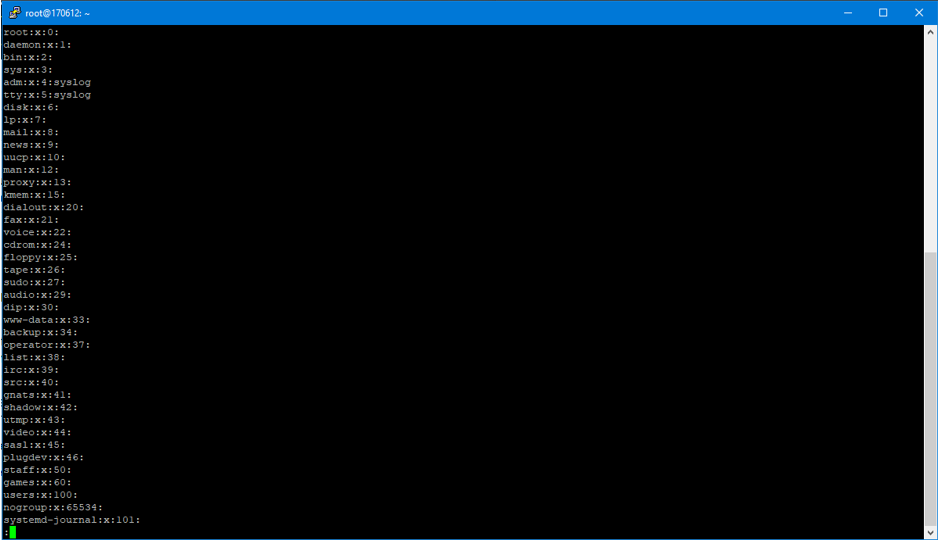 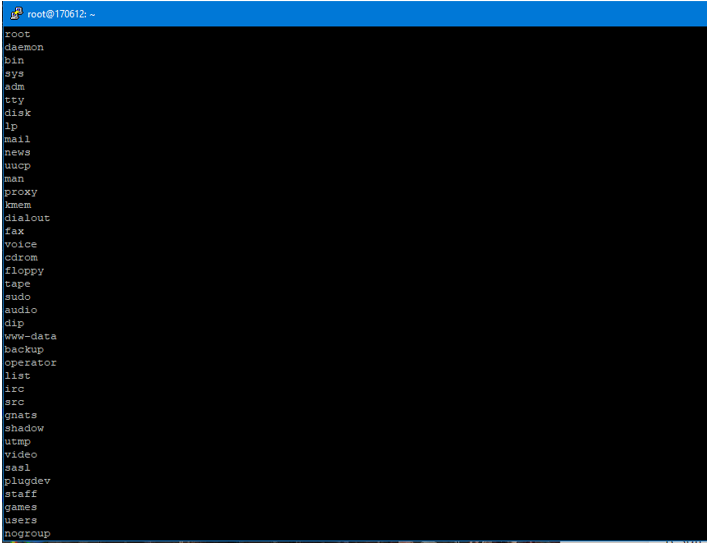 Getting Information About the Users Logged into the System

It is also possible for you to get information about the users that are currently logged in to the VPS system. For that, all you need to do is to run a simple command on the SSH client, which is, merely, the letter w.

After executing the command, you will be able to see a list of all the users currently accessing the VPS system. In the screenshot ahead, there is only a single active user (root):

There are a total of 8 columns, with each column providing a specific piece of information. Here’s the information that you’ll get:

Whether you are using Linux VPS to host games or using it for development purposes, there’s one important thing that you need to know:

The difference between the system user and a normal user.

Consider the system user as the supreme user that can control and manage other users accessing the system. In other words, the system user has the authority to create and give permissions to new users, i.e. normal users.
Whenever you install Ubuntu, the OS automatically creates the system user. When you list users on your Ubuntu Linux VPS, you will notice the first user on the list as root, which is the system user by default.

A normal user is one having limited privileges and system access. The permissions of a normal user are decided by the system user.

Want to share your experience or report something that isn’t working? Do the same via the dedicated comments section below. Until next time!