How to Install Python 3 on CentOS 7

Python is one of the most popular and used programming languages in the world. In this short tutorial, we will go through installing Python 3 on CentOS 7 using three different methods. Python is the core of many websites and programs existing in today’s times – YouTube, Instagram, Netflix, Uber, and even YUM on CentOS.

Python is one of the most popular and used programming languages in the world. In this short tutorial, we will go through installing Python 3 on CentOS 7 using three different methods. Python is the core of many websites and programs existing in today’s times – YouTube, Instagram, Netflix, Uber, and even YUM on CentOS.

All of them rely on Python’s reliability and performance to fulfill their needs. Python is designed as a general-purpose, object-oriented programming language to cater to almost all problems. It is a favorite among beginners and experts alike.

Since it is a universal programming language, you can use it to do almost anything you want. CentOS 7 comes preloaded with Python 2; however, it reached its EOL on the 1st of January 2020. While some programs require Python 2, you can always upgrade it to be compatible with Python 3, and for new projects, it’s better to start it with Python 3.

Before we start with the installation process, let’s look at some of the usages of Python.

Python usage in the real world

Now that we got a brief introduction to the world of Python let’s go ahead and set it up on our CentOS VPS.

In CentOS 7 releases before 7.7, it was necessary to make Python 3 available using third-party repositories as the CentOS base repository did not provide the Python 3 package. However, since CentOS 7.7, Python 3 is available directly from the base repository. 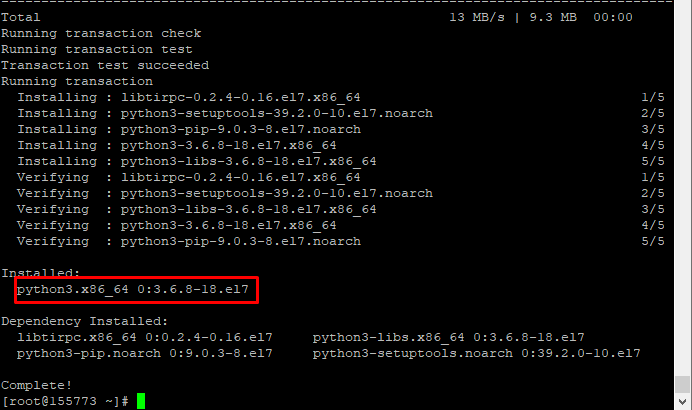 You have successfully installed Python 3 on your system, simple as that. During the installation, the Python package manager (PIP) is also installed, so you won’t need to install it as an additional step.

The easiest and most straightforward way of installing Python 3 is by using the yum repository. However, sometimes you will need to get it directly from the Python source. 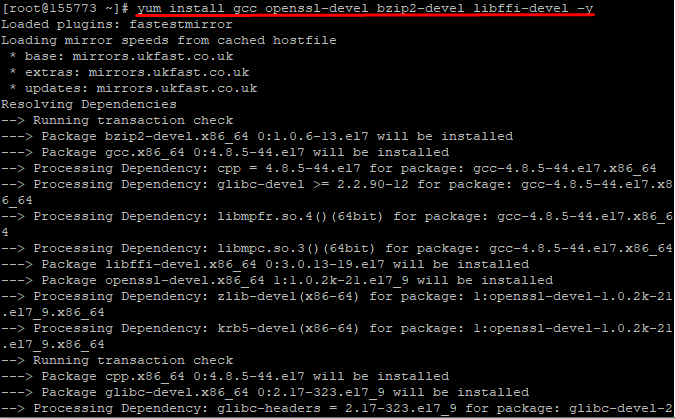 PS: Are you new to Linux and having trouble with the commands? Worry not; we got you covered. Check out our complete tutorial on the basic Linux Commands.

Software Collection or SCL is a community project that allows you to build, install and use multiple software versions on the same system without affecting system default packages. By enabling SCL you will gain access to newer versions of programming languages that are not available in the core repositories. 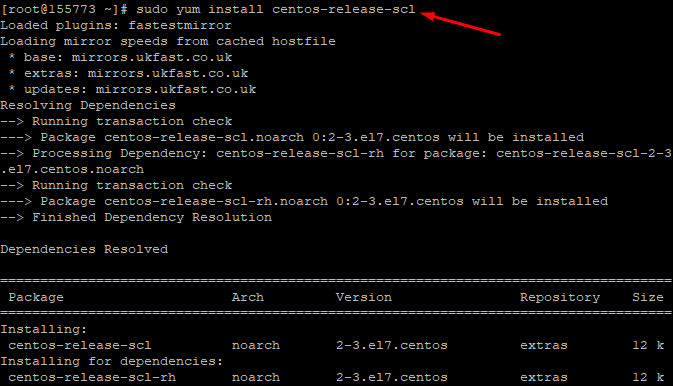 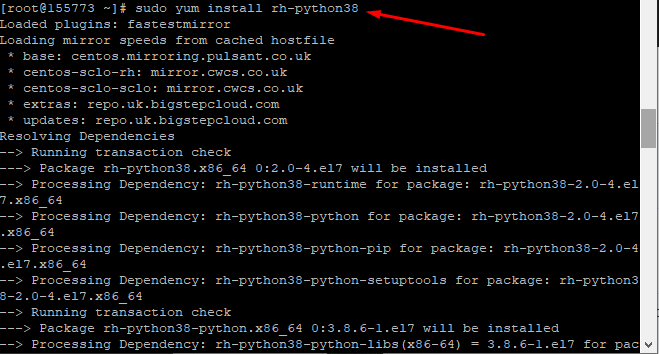 As you see here, the output shows the default Python version. To access the newly installed version, you will need to change some shell variables. To do that, enter the following command:

Now check the version, and you will see the right python version

Throughout this article, we went through three different methods to install Python 3 on CentOS 7. Now you can start developing your Python 3 projects with ease. We hope that you enjoyed this step-by-step tutorial on installing Python on your CentOS 7 system. Let us know in the comments below if you will come across any errors during the installation process.