Side by side comparison IPv4 vs IPv6

Before we talk about the two elephants in the room, which are IPv4 vs IPv6, you need to know what IP address is in the first place. An IP address is a short form of Internet Protocol, each device that uses the internet service in one form or the other is connected to a network via an IP address. Your IP address is used as an identifier for the device requesting access to the webpage on a given network. If you have four devices at home, then you have one IP address assigned to you by the Internet Service Provider (ISP), and your router further makes the subparts of your IP address and shares it with those four devices that you are present in your home network.

But there are two types of IP addresses, and those are IPv4 and IPv6. Today, we will find out the difference between these two protocols and why IPv6 was created when IPv4 is still present. Moreover, we will also find out which one of these protocols is beneficial for your network usage and why? So let's start.

But soon, it was realized that the network's layering functionality was not being used properly by using the TCP protocols. TCP was used to serve as a host-level end-to-end protocol. While at the same time, it was also used as an internet routing and packing protocol. These two methods must be separated from each other on the basics of different network layers.

From that point onwards, TCP and IP were split into two different protocols and formed a version number 3 of IP protocols in 1978. After that came the issue of stability, but the usage of IPv4 soon resolved it.

A Bit More Detail On IP Before We Explore IPv4

As we have said earlier, IP is present on each device that accesses the internet service. IP is also a part of the internet protocol suite, which comes with the transmission control protocol (TCP). Together these two protocols are known as TCP/IP. Most networks you use to connect with the Internet handle internet traffic using packet-switching. The packets are the small data units routed through a network from the sender to the receiver.

In general usage, your machine requests to receive the packets from the host, the server hosting a website and all of its data. The server gets to know the destination by the IP address, which is present in the header of the request. With packet-switching, many users can share the same data path.

The Relation Of DNS And IP address

Domain Name System is said to be the Internet's phonebook, and it converts the IP addresses into domain names that we can easily remember. For example, Google's IP address is 8.8.8.8. 8.8.4.4, but you don't have to remember the IP address and write the domain name, "Google.com," on your search bar to visit the web page. On the other hand, with the help of DNS, the computers, servers, and other network devices are able to talk to each other via unique IP addresses. 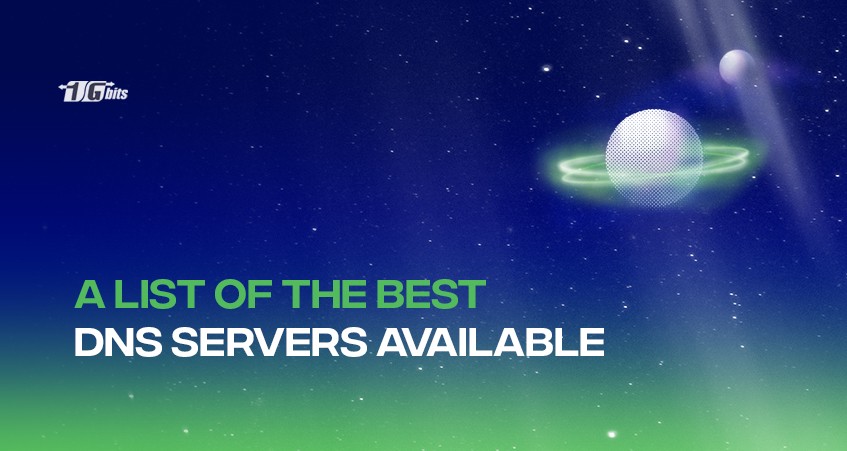 You can check here for a list of free DNS servers. Read more

How Does IPv4 Work?

IPv4 has a 32-bit number which is annotated in a dotted decimal notation. The 32-bit number has two primary parts: the first one is the network prefix, and the postfix is the host number. If you are a part of a hosted network, all devices will have the same network address, but each has a unique host address, making it possible for the server to identify them separately. In the IPv4 network, the devices visible to the other network and devices need to have a unique IP address. On the other hand, the devices present within the network require a local individual IP address.

IPv4 is distributed by the Internet Numbers Authority (IANA). The IANA ensures that each IPv4 address is unique when presented on the Internet. At the same time, the IP address needs to have a large space address reserved so multiple devices can use it within its hosted network.

Why Does IPv4 Have A Dotted Decimal Notation?

IPv4 uses 32-bit addresses, denoted by decimals; each octet or a byte is defined as a separate number in these addresses. Within the octet, the rightmost part of the octet represents the binary code 20, and this number keeps increasing to the left until the first bit of the octet comes to 27 or (128). Below are examples of IPv4 addresses written in binary and dotted-decimal format.

The IP addresses are written in binary code, allowing computers and the network to read them. The dotted decimal notation is to make the processing of IP addresses in the network more accessible and much faster.

Below are some significant benefits you enjoy when using an IPv4 address for connecting to the Internet.

Users first fear getting their data stolen when surfing the web. Thus it becomes a necessity to encrypt your data and ensure its privacy. IPv4 takes significant security measures and encrypts the data present in the data packets transferred to and fro from different addresses. Hence it keeps the information secure and protected from the latest online threats.

The process of routing different devices to one another is quite efficient and straightforward in IPv4 as it can combine addresses efficiently. Thus, many companies regularly use multicast to communicate more specifically on the IPv4 network.

IPv4, a well-used IP protocol, is supported by more topologies drawings. The main reason IPv4 is supportive of topology drawings is because of their simple prefixes, allowing them to fit inside the drawings quickly.

Again as IPv4 is an older IP addressing protocol, it is supported by almost every network hardware and other devices. As a result, if you are running a legacy device or hardware, you can use the IPv4 protocol, and it will indeed work without any issues.

IPv4 was the first IP protocol the public could use to connect their devices to the network. Moreover, it also allows website owners and servers to verify each device's identity even without using NAT.

The IPv4 uses TCP to send the data packets to the correct location; hence if you are working on some important project and want the files to be securely transmitted to the client over the network, you should send them via the network, which uses IPv4 addressing protocol.

It might surprise you, but IPv6 was first introduced in 1998 as an answer to the shortfall of IP addresses available under the IPv4 protocol. Still, even now, most websites and the network work only on IPv4, and the adoption of IPv6 is relatively slow despite how efficient and secure it is compared to IPv4. IPv6 is quite like IPv4, and it is used to identify various devices across the Internet so they can be found and data transfer between the server and the client's machine can occur.

The previous protocol version, IPv4, used a 32-bit addressing scheme and allowed IPv4 to support 4.3 billion unique IP addresses. But with the prices of personal computing going down and the Internet becoming an essential part of our lives, internet devices crossed the 4.3 billion mark.

Fortunately, the Internet Engineering Task Force (IETF) had foreseen this issue and came out with a newer version, IPv6, which uses a 128-bit addressing system that supports 340 trillion trillion addresses. The IPv6 uses eight groups of four hexadecimal digits, again separated by the colons.

Advantages Of Using IPv6 over IPv4

One of the most obvious benefits we get from moving to IPv6 from IPv4 is more IP addresses. If we compare the two with each other, we will find that IPv4 has 32-bit addresses and Ipv6 comes with a 128-bit address; without going deep into these two maths, IPv6 has 1,028 times more addresses than IPv4.

As a result, it solves the problem of running out of IP addresses for the foreseeable future. Apart from this, given below are some of the significant advantages IPv6 has over IPv4.

One of the things that might look like an issue for many people is that IPv6 is not made to be backward compatible. The IPv6 was redesigned completely to hold the functionalities of IP addressing. Given below are the features which came with its overhaul.

As we mentioned earlier, IPv6 has four more bits that are used to address the device connected to the Internet. This leads to a massive number of 3.4 x 1038 different IP addresses.

All unnecessary information which used to be present in the header of the IPv4 has moved to the very end of the IPv6 header. Also, the header of IPv6 is twice as big as IPv4's, even though the IPv6 address is four times longer than the IPv4 address.

Each system connected to the Internet has its own unique IP address. It can receive and send the information to other systems without using the NAT or any other forms of translating components. With the use of IPv6, each host can reach the other host directly on the Internet. But the connection does have some restrictions like Firewall and organization's policies which are put in place to make the connection more secure.

The IPv6 comes with stateful and stateless auto-configuration modes, which the host devices use. As a result, the absence of a DHCP server does not really affect the communication between two hosts or clients and the host.

The websites using IPv6 are now much faster than IPv4 because the headers of IPv6 addresses are not filled with unnecessary information. Thus, it makes it easier for the server to quickly read the information in the first part of the header, which is adequate for a router to make the routing decision and send the packet to its destination much quicker.

The IPsec is a set of commands used to encrypt the connection between the two hosts or computing systems. It allows the data transfer between the two hosts to be secure over the public network. IPSec is usually used to set up the VPN connection. It performs its task by encrypting the data packets and providing authentication proof to the source from where the packets are delivered.

IPv6 was designed to keep the mobility of connected devices in mind. This allows the network host, such as a smartphone, to move from one location to the other and will enable it to connect to the same IP address throughout its journey. IPv6 uses the auto IP configuration and Extension headers to make this helpful feature for users.

Last on our list is the IPv6 feature, which allows adding more information in its header when required. The IPv6 allows the header to be the data packet size if needed. While on the other hand, IPv4 only allows the size of 40 bytes as an additional header space.

IPv4 Vs. IPv6 [Difference between IPv4 and IPv6]

In this article, we talked about what is the difference between IPv4 vs IPv6. The IP addresses are used worldwide to make the network send and receive data packets from one host to the other. The IPv4 was the original version launched in 1983 for the public to access the internet connectivity. But IPv4 only had 4.3 billion unique addresses, which are exhausted now.

Thus, IPv6 was introduced, and in the coming years, most websites and e-commerce businesses will move from IPv4 to IPv6 as it is better in almost every way possible. Several hosting sites are still dependent on IPv4, but we will likely see a change soon.