how to Install Node.js On CentOS, Ubuntu Linux VPS Server

Node.js is quite a powerful and popular tool for both server and application usages. Throughout this blog, we will go through Node.js’ installation process and set it up and have it ready to run on your system.

Node.js is quite a powerful and popular tool for both server and application usages. Throughout this blog, we will go through Node.js’ installation process and set it up and have it ready to run on your system.

The tutorials will go through the installation process for different Linux distros like CentOS, Ubuntu, Debian, and Fedora.

Node.js is a JavaScript platform as the ‘js’ suggests which is used for general-purpose programming. It is designed for users to build scalable network applications quickly and efficiently. Node.js used JavaScript in both the front-end and back-end, making the development more consistent and providing designs within the same system.

To explain how Node.js works, let me walk you through a simple situation: Open a file on a server and return it to the client.

In PHP or ASP, the process is as follows:

However, in Node.js, it eliminates the waiting time and continues to the next request.

HTTP is the best usage of Node.js, which is designed with low-latency and streaming in mind.

Advantages and Disadvantages of Node.js

Throughout this article, we will go through the installation guide for CentOS, RHEL, Fedora, Ubuntu, Debian, and Linux Mint. You will need to have a Linux VPS with root privileges or a non-root user account with Sudo privileges.

How to install Node.js in CentOS, RHEL, and Fedora

Step 1: Install epel-release on the server

To install Node.js on CentOS or RHEL, the easiest is to install it through the EPEL repositories. For that, let’s install the epel-release first:

When prompted, enter ‘y’ to continue. 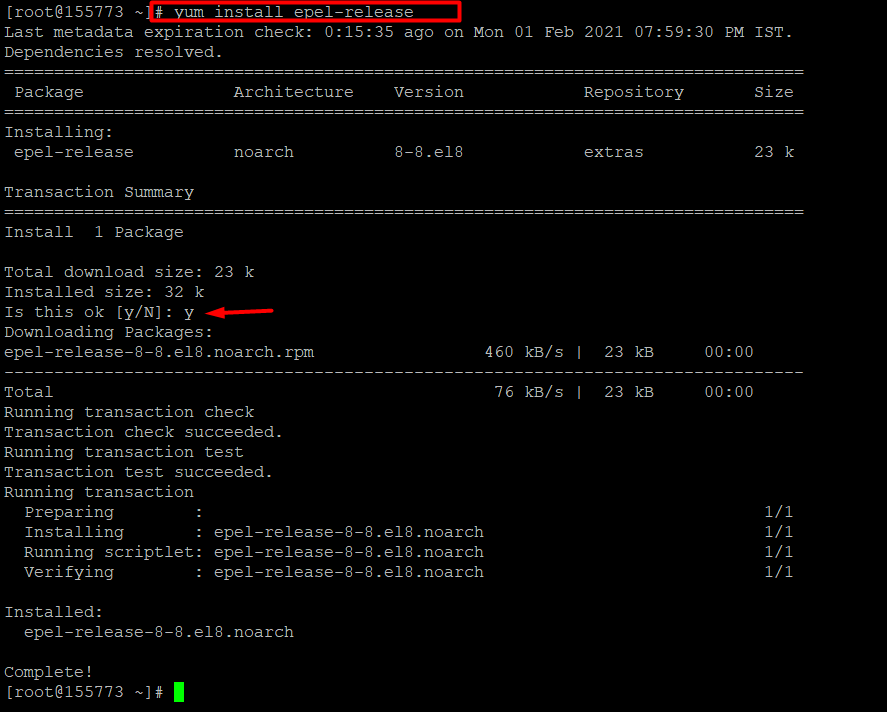 Step 2: Install Node.js on the server

Now let’s install Mode.js package on your system. For this tutorial, I will be using CentOS 8 Linux server. When prompted, don’t forget to enter ‘y’.

It will take a few seconds to complete the installation.

Now to check if the installed version is correct, enter the following command.

How to install Node.js in Ubuntu, Debian, and Linux Mint

For this tutorial, we will be using Ubuntu 18.04. The process is similar when installing on Debian and Linux Mint.

There are two ways to install Node.js on Ubuntu.

Node.js is available in Ubuntu’s repositories and it’s relatively easy to get it up and running with a few Linux commands. 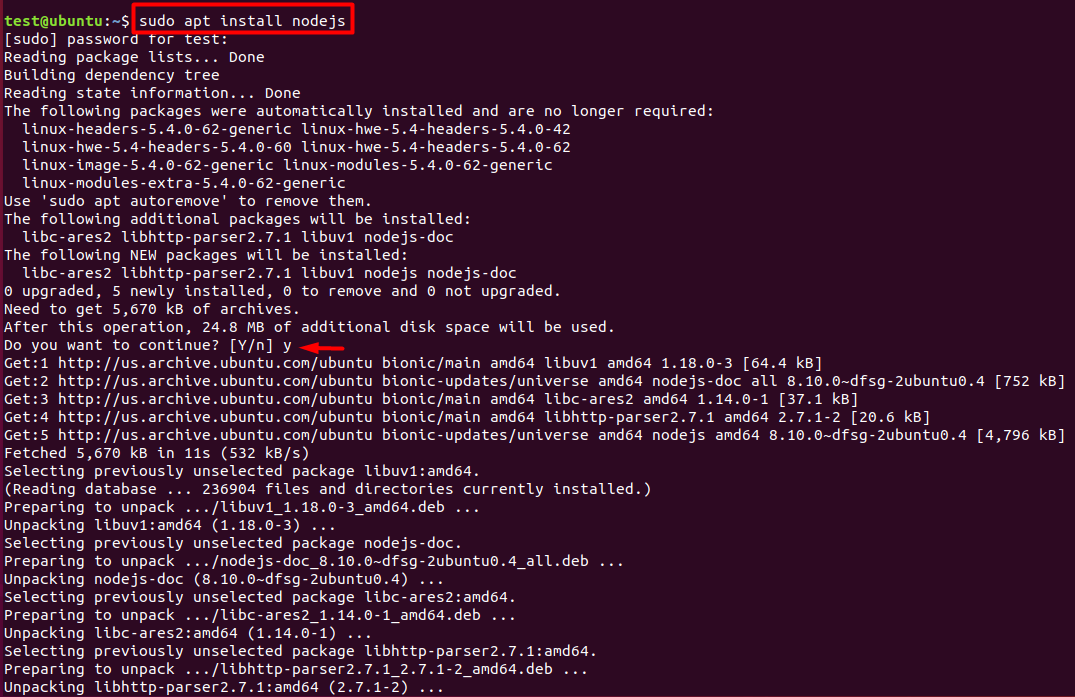 Congratulations! You have successfully installed and set-up Node.js on your Ubuntu server. 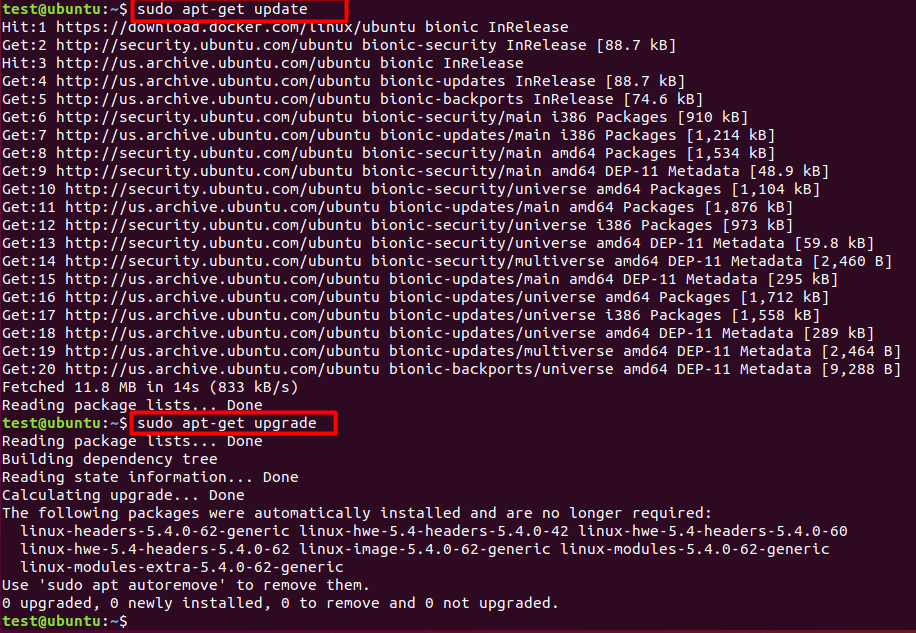 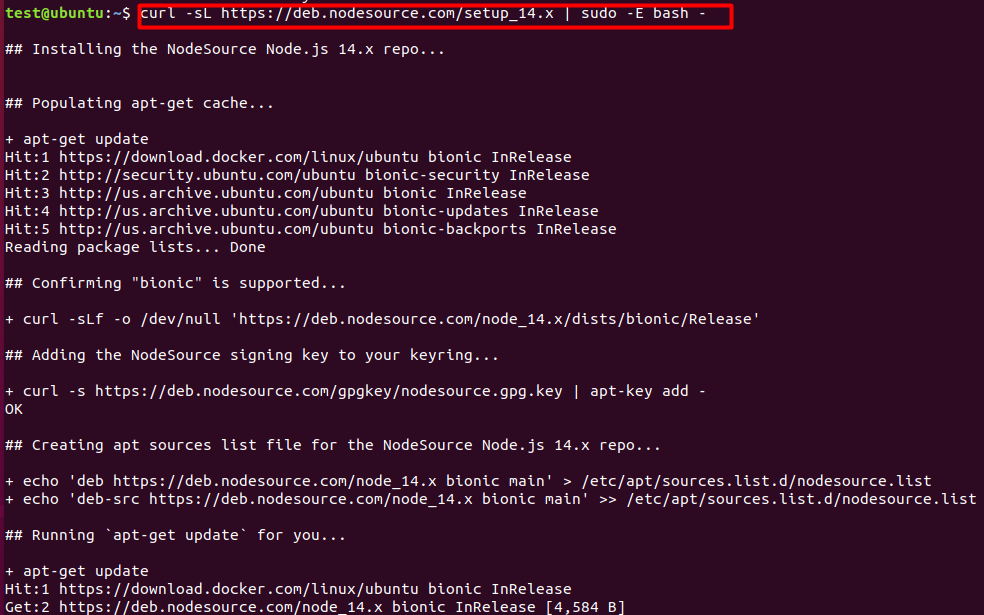 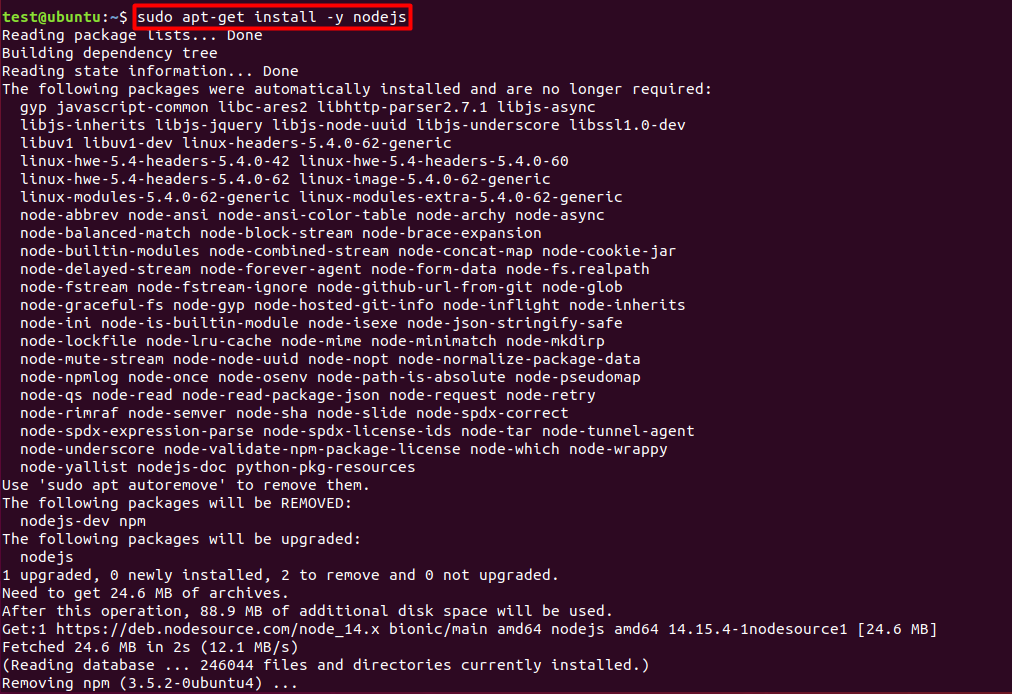 It wasn’t as hard as you thought, right? Relatively simple steps to get Node.js installed successfully on your system. If you come across some errors or problems by any chance, let us know in the comments below, and we will get back to you.

We hope that this tutorial helped you and we welcome all questions, comments, and any additional information regarding this article. Your comments might take some time to appear, and if the comments are off-topic, we will disregard them.