What is CloudLinux OS: the preferred OS for many hosting providers

CloudLinux is a hosting-oriented Linux distribution based on CentOS. It is a commercially supported Linux operating system that can be interchangeable with CentOS. It was released in 2010 and is a must-have for any web host who cares about stability, security, and flexibility.

CloudLinux is a hosting-oriented Linux distribution based on CentOS. It is a commercially supported Linux operating system that can be interchangeable with CentOS. It was released in 2010 and is a must-have for any web host who cares about stability, security, and flexibility.

CloudLinux is a favourite among web hosting providers who focus on providing customers with uninterrupted excellent performance. So…

What is CloudLinux OS?

CloudLinux is a Linux distribution prominent among the hosting providers. As mentioned, it is based on CentOS but uses a modified kernel based on the OpenVZ kernel. On top of that, it includes kernel-level technology called LVE (Lightweight Virtual Environment) that allows you to control CPU and memory per-tenant basis.

Since it’s built to handle multitenancy, it improves server stability, density, and security by isolating each tenant and giving them the allocated server resources. Instead of having a traditional shared hosting platform, CloudLinux makes it possible to create an environment similar to a virtual server.

This reduces operating costs and churn rates, resulting in a better service and a more significant profit. With the help of LVE, CloudLinux makes it possible to isolate each tenant by partitioning, allocating, and limiting server resources (RAM, CPU, memory) for each tenant.

This ensures that the tenants will not jeopardize the stability of the servers. Another noteworthy mention is that CloudLinux can “cage” each tenant to avoid malicious breaches. This means that if one tenant is infected with malware, it will be contaminated in his cage and not affect the others on the server.

CloudLinux allows administrators to get the best out of their hosting environments. The following tools are the major players in CloudLinux:

This allows the admins to limit the server resource usage for each cPanel account. The LVE manager prevents one cPanel account (or one tenant) from using up all the available resources, a common occurrence on servers with multiple tenants.

CageFS creates a virtualized user environment that prevents users from seeing others on the same server. This keeps each user in their respective cages where the user will have full functionality to the system files, tools, etc. The key benefits of CageFS are: 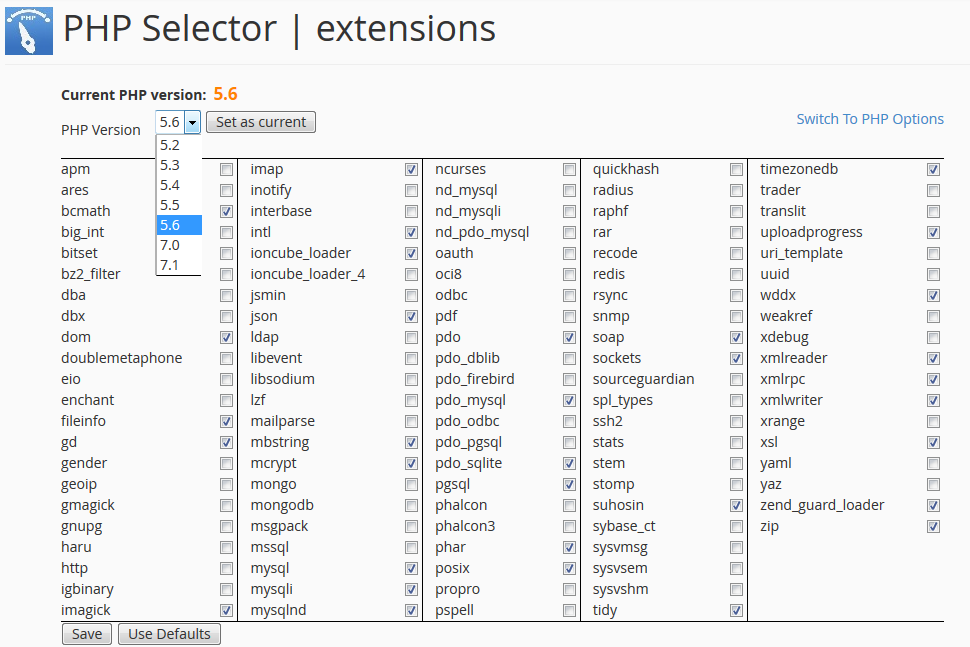 PHP Selector is a tool that can change the PHP settings and set limitations within a user account. This is very beneficial if you run numerous CMS-style websites on the same server, each requiring different PHP modules. This allows the users to select the PHP versions that they prefer from PHP 5.2 -7.4

Difference between CloudLinux and CentOS(CloudLinux VS CentOS)

As mentioned earlier, it separates customers into tenants on a shared server. This secures the server from experiencing slower speeds due to the activities of other customers.

Both systems share many key features, but CloudLinux stands out from the other due to the following:

This is a list of all the major CloudLinux features:

1.   A VPS-like environment for your clients

With the use of LVE, CloudLinux can deliver a unique set of server resources to each tenant on the server. This means that each website on the server has dedicated resources that are not shared among other accounts.

CloudLinux allows monitoring and controlling limits such as CPU, RAM, and I/O usage. It isolates the users from each other to avoid neighbour effects and prevents users from seeing configuration files or any additional private information.

Due to its lightweight structure, CloudLinux can deliver greater user stability. Due to the structure, it ensures the users from overloading the server. The combination of stability and separate virtual environments results in a decreased risk of server downtime and keeping the site up and running 24/7.

CloudLinux’s increased security measures prevent malicious users from attacking other website accounts hosted on the same server. This is due to the isolated environments given to each user by LVE. CloudLinux also uses HardenedPHP, which addresses the security vulnerabilities of old and outdated versions of the programming language.

The hardened Kernel also protects against trace exploits and symlink attacks while limiting the filesystem’s visibility to only the files the users need to access. By using a very secure password for your systems, the security will get another new layer.

4.   Compatible with all major control panels

CloudLinux is compatible with almost all the control panels, including cPanel. Depending on the hosting plan that you will get, you can have the option to control your website resources directly from cPanel, which is not always available with other operating systems.

Due to its higher level of compatibility between interfaces, it gives users the option to choose their favourite control panel.

Keeping MySQL stable in a shared hosting environment can be tricky, and customer queries can easily slow down your site. CloudLinux’s MySQL Governor Tool helps system administrators to pinpoint abusers and throttle them in real time.

It tracks CPU and disk IP usage for every website account in real time and reduces MySQL queries. With the support of MySQL and MariaDB, it is a must-have for any shared hosting provider.

The operating system makes it easier for hosting providers to allocate resources, leaving room to add more tenants to the server. The simplicity of the administrator interface also gives hosting providers a more comfortable platform to manage. This results in fewer hours spent configuring and monitoring the servers, helping to decrease the overall costs of the hosting plans.

The final verdict is that there are a lot of advantages and benefits of using CloudLinux for your hosting needs. It caters specifically to hosting administrators to have a smoother experience when carrying out their service.

If you are a hosting provider looking to invest in a dedicated server, we provide the best in the market. You can get your dedicated server powered by CloudLinux and make the necessary configurations to start your own shared hosting platform easily.