Linux Features that everyone should know!

Linux is a free and open-source Operating System whose source code is available for everyone to modify for both commercial and non-commercial uses, under the General Public License (GNU). Initially, the Linux operating system was designed for personal computers, but it has now expanded to include supercomputers, mainframe computers, servers, and other devices.

In the previous two decades, Linux has gained a lot of popularity and efficiency and now it also empowers the majority of commercial servers. Even regular users adopt Linux as their primary operating system, and various companies include Linux as a pre-installed OS on their devices because it is completely free. In this blog, we will discover the top 10 Linux features to know more about its potential in the market. But before that, let’s brush up with the basics.

Components of the Linux System

Linux software operates flawlessly on a variety of hardware platforms. Without the worry of incompatibility, individuals can operate Linux operating system on any device. It operates the same way on both high-end and low-end hardware.

Its source code is available for anybody to use and alter as they want. Many developers collaborate in organisations to improve and strengthen Linux and lots of developers work constantly on updating the Linux system. This eventually makes Linux a better option when compared to other inflexible operating systems.

The Linux system includes essential programs that users can execute for issuing commands to the operating system and running the system flawlessly. You may also direct it to carry out various forms of commands for effectively operating the applications.

Authentication can help you keep your data protected. Before you may access some important files, the Linux Operating System requires you to enter a password. Furthermore, the Linux environment allows users to encrypt their data. 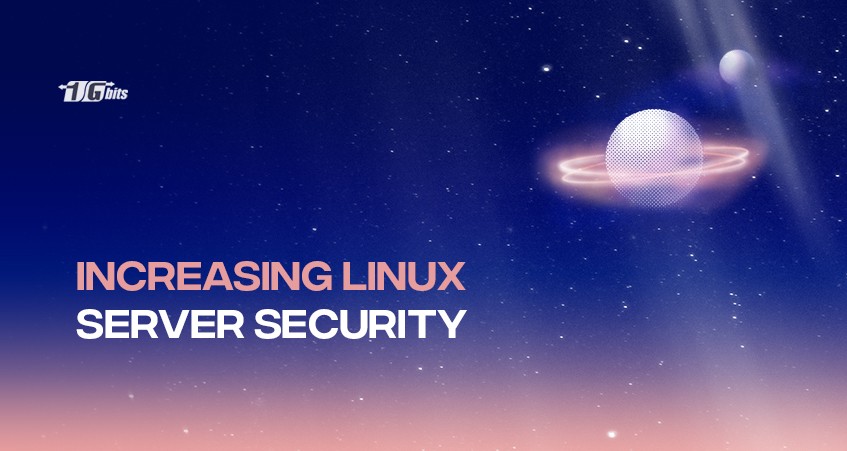 You can check here for the latest Linux Server Security options. Read more

Linux Operating System comes with Graphical User Interface (GUI) abilities in the same way offered by Windows. Similarly, users can install the programs and the computer graphics will begin to work in the same way that Windows does.

Because Linux is available in a variety of languages, it is simple to use it across the world. As a result, you can change the language on your keyboard as per your preference.

Software updates are controlled by the users in Linux. Individuals have the option to pick and choose which updates are required and there are a plethora of Linux system updates accessible. These upgrades happen considerably more quickly when compared to other operating systems. Therefore, system upgrades can be deployed without difficulty.

Linux is an extremely lightweight operating system. Linux has far fewer prerequisites than any other operating system and has a smaller memory footprint and consumes lesser storage space. Typically, you'll find a Linux Distro with only 128MB of RAM and around the same amount of disc space.

Linux is extremely flexible and a variety of desktop applications, embedded systems, and server applications can benefit from the same. It also offers a number of computer-specific limitation settings for admins to allow only essential applications or software to get installed.

Linux supports nearly every popular programming language, including C/C++, Java, Python, Ruby, and others. Furthermore, it provides a wide range of development-related applications.

A majority of developers all around the world prefer the Linux terminal over the Windows command line. On a Linux system, the package manager aids programmers in understanding how things are performed. It also comes with features like bash scripting and also supports SSH that aids in the speedy management of servers.

After hardware tools like Chromebooks and Rasberry Pi drew the attention of a wider audience, the Linux platform has been in the spotlight. These Linux-based components are breaking new ground as the days pass because of their ability to perform routine tasks with ease. Recently, Linux saw a number of advanced adaptations in hardware and one of them is Purism Librem 5.

It is an innovative take on mobile phones that focused solely on privacy. Looking at the new expectations of customers, Linux is likely to bring a slew of new hardware devices to market in upcoming years.

Sierra is expected to be the second-fastest supercomputer with 125 petaflops of processing power and it runs on Linux. This generates a lot of interest in supercomputing technology with Linux being an integral part of the same.

The development and deployment of Linux-powered supercomputers is a trend that shows no signs of abating in the coming year. Given the flexibility and capability of the Linux system, the trend of Linux being adopted as the operating system for supercomputers is likely to continue.

Ubuntu has opted to make a strong comeback after experiencing slight dips in popularity over the last ten years. It is modern and offers a safe working environment for users.

Ubuntu has improved on previous versions in a variety of ways, making it one of the most important Linux trends. Faster Snap applications, easy connection with Android devices, proportional screen resizing, multitasking changes, and a new installer for streamlining the Ubuntu operating system inside machines are just a few of the anticipated features. Furthermore, future releases of Ubuntu is expected to undergo various graphical changes in order to make it more appealing and productive.

Despite the fact that Linux is already well-known for programming and development, it is also expected to grow in popularity in the cloud. According to Gartner, 80% of internally produced apps use cloud computing or are cloud-native. And Linux is the most widely used operating system in the cloud-based computing space.

Linux, like any other operating system, has its ups and downs; yet, as time passes, Linux continues to evolve and improve. With each subsequent upgrade, the reasons for not using Linux become less compelling.

With moderate or basic technical skills, the majority of difficulties in Linux can be solved. The aforementioned Linux features must’ve helped you to know the importance of learning Linux and get started with the same.