When it comes to web hosting or other similar online services, Linux is king. There are simply more advantages to using Linux than Windows when it comes to web hosting. The biggest advantages are that Linux distributions are open-source and lightweight operating systems compared to Windows. Howerver there are multiple versions of Linux, and how do you check Linux version in your system?

As Linux is a free and open-source operating system, there are many variants of it out there, called Linux distributions. Some of the most popular ones are Debian, CentOS, Ubuntu, Fedora, and RHEL. It is most important to check Linux version you have installed on your device before installing any application and security patches.

How To Check Linux Version

Type in the following cat command into the Linux terminal: 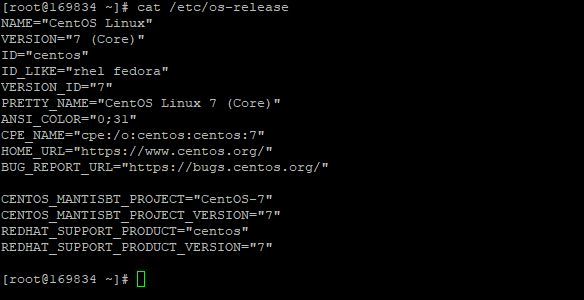 You will be treated with a result as shown above. However, if you want a refined version of this, you can use the grep command as mentioned below.

As you can see in the output below, the Linux version command gives the distribution name and its version.

Open the terminal and type the following command to check OS version Linux:

The result should look somewhat similar to this:

This will not provide you with the exact Linux OS version, but the Linux kernel version.

This is a sample output:

Alternatively, you could also use this command to find the kernel version:

And this will be the result: