KVM vs Xen are two of the most famous virtualizers available in the market today. If we talk about the concept of virtualization that has changed a lot in any developer’s life, hypervisors are the new technology that has been an addition to virtualization. If you want to merge the server space or in case you want to run several independent machines on a particular host, then you can use a hypervisor. With the help of the hypervisor, you can control and manage your data centrally while implementing virtualization.

As with time, the usage of hypervisors is expanding day by day, resulting in the creation of centralized storage ponds to be used as storage hypervisors. The storage also plays with the network in such a way that the data can be effectively formed, managed, manipulated, or even destroyed without affecting the actual data and the network devices. In this way, you can efficiently broaden the network virtualization.

In this article, we are mainly focused on:

These KVM and Xen are the type 1 hypervisors available in the market.

Why do we need virtualization?

Virtualization is important from various perspectives; it will help you save time, money, and effort. You can even manage and optimize your resources efficiently. Also, you will access the remote servers securely, resulting in enhanced productivity. It will help you to prevent the loss of data over the network.

The VM (virtual machine) acts as an interface between the hardware and the operating system, basically used to provide the required access that an application should have to the underlying processor and other related hardware devices.

There are some types of virtualization that you can leverage within your system.

What does KVM stand for? KVM, or you can recognize it as a Kernel-based Virtual machine, is a virtualization infrastructure, especially for the Linux kernel. You can use this hypervisor with the Linux operating system and the excellent support for Windows, BSD, and Solaris only as a guest.

With amazing support for the Virtualization extensions, you can run KVM on x86 and x86-64 systems. It was designed as an open-source option with a wide range of kernel modules. These modules help in providing the virtualization infrastructure core and the processor-specific module.

It initially hit the market in 2006 and emerged with the mainline Linux kernel versions. There was no requirement for any special arrangement for this open-source virtual solution. For operating the virtual machines, hypervisors require some components at the OS level like input/output stack, memory management, process scheduler, security, and many more.

These components are included within KVM as part of the Linux kernel. You can convert Linux into the native hypervisor using KVM. This lets you run every machine as a normal process and get dedicated hardware like memory, disks, CPUs, and others.

As KVM is integrated with Linux, so KVM has all the Linux components. KVM is preferred due to its great hardware support, security storage, performance, flexibility, and many other features.

Today, many users prefer KVM as one of the best options available for virtualization in the market. We have mentioned a few benefits of using KVM.

Below are some cons of using the KVM. 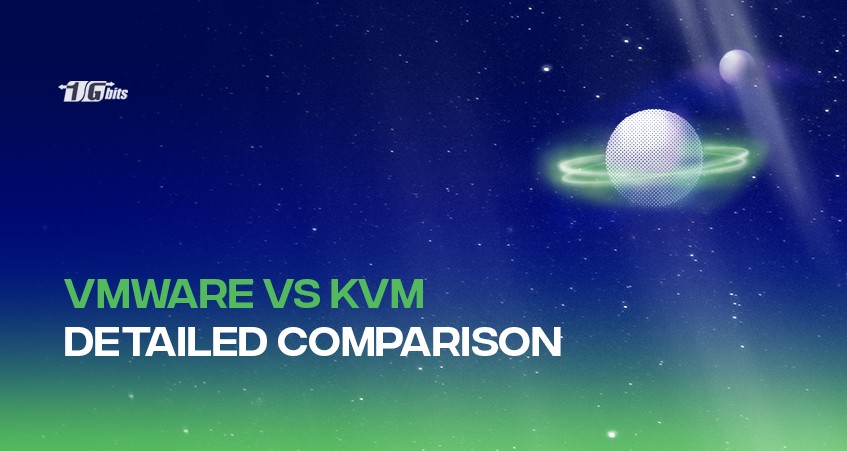 Feel free to check out the comparison between KVM and Vmware here.

This project started when there was no other alternative available for virtualization. Some limitations of Jail/container led to the introduction of Xen in 2004. It was one of the type 1 hypervisors meaning there is a single layer above the bare metal. It acts like a stripped-down OS, using the “pass-through” function for connecting to PCI devices.

With Xen, you will be able to make formation, implement, and management of several VMs with a single host. In 2007, XenSource launched Xen. Due to its type 1 feature, you can use it directly on the computer’s hardware without needing a host OS. It comes with support for Windows and Linux. Apart from this, it supports IA-32, ARM, and x86 processors. You can even customize it due to its unique structure.

XenServer is considered the first choice for hyper-scale industrial clouds like Alibaba, Amazon, Oracle Cloud, and IBM Softlayer, as it offers a flexible structure. It is based on an approach for detecting and enhancing protection, making Xen a secured hypervisor option. Xen’s architecture has an advanced security facility, making it a commonly adopted choice in security-related environments.

Below are some limitations while you use Xen hypervisor.

The difference between KVM and Xen

We have mentioned a few differences between the KVM and Xen virtualization.

Virtualization has brought a considerable change in the IT world and has made deployment easier at every platform. With the introduction of KVM vs Xen, both hypervisors were written in C language. Both of them show some differences that we have mentioned in this article. You can choose any hypervisors per your choice and business requirement.