Before getting the answer to this question (especially for the novices), you must know what Raid itself is; only then will you fully understand what a Raid controller is.

A redundant array of independent disks is called A RAID system; it can also consist of both hardware and software. RAID creates data redundancies by using virtualized physical storage drives.

In this process, you get enhanced performance and create data redundancy. Controller-based RAID is mostly considered as hardware-based RAID, as opposed to server-based RAID.

A server-based RAID is both software-defined and software-hardware hybrids.

What is a RAID Controller?

A card or chip located between the storage drives, usually hard drives, and the operating system is called a Raid controller. Raid provides data redundancy or enhanced performance of your hard disk.

You also get both benefits from most of the Raid levels at the same time. But on SSD, you only get only one benefit from the Raid controller, which is data redundancy.

But there are some SSD drives that are specifically manufactured for Raid, and you get both the features data redundancy and performance simultaneously.

Software RAID delivers RAID services from the host. These are software-defined and are hosted in the OS with a hybrid architecture. A hardware component is placed to relieve the load on the CPU.

There are two different architectures: an external RAID Controller Card and an internal RAID-on-Chip: 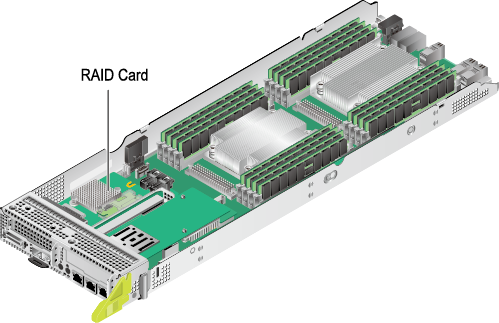 RAID can be configured in diferent ways. There are different type of RAID configurations starting from RAID 0 to RAID 10. These configurations are set up on the RAID controllers.

At 1gbits we have integrated hardware RAID controllers to all our VPS servers. However on request you can get a RAID controller set-up on our dedicated servers also. Get in touch with us via live chat and we will make it happen!