In the general sense, operating system (OS) is a comprehensive software establishing the connection and operation between hardware of a computer and the user. Apart from service-delivery and utilization of hardware resources, OS is capable of hosting applications. Applications are installed on the operating system which provides hardware access and other services to the user. For a persons preference and for specific functions there are different types of operating systems available. As Microsoft has Windows, basic UNIX/Linux has Ubuntu, Debian, and CentOS are the most popular examples of current operating systems in the world. 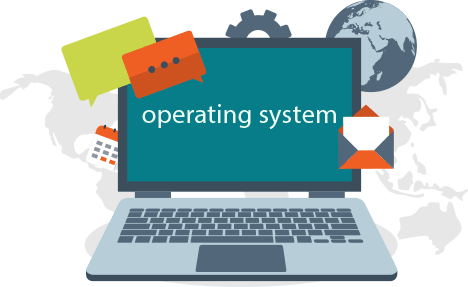 After choosing the server according to your requirements, you can choose the operating system. Relying on the enterprise-grade hardware in our servers and in line with client satisfaction, we can provide and install your preferred operating system. We provide all Linux family operating systems, including CentOS, Debian, Ubuntu, etc. Windows Server family and powerful hypervisors such as Vmware ESXi and Hyper-V.

Provide full root and administrator access to all operating systems

We at 1Gbits provide unlimited bandwidth with all our VPS and a 10TB limit to all our dedicated servers equipped with our operating systems.

Provision of valid licenses upon request of users for commercial operating systems.

CentOS is an extremely powerful Linux operating system, whose first edition attracted a huge population of fans as soon as it was released. This RHEL-derived operating system uses RHEL basic codes, available to users as open source. Derived from RHEL 2.0, CentOS introduced the first version (2.0) in 2004. Later on, it joined RHEL following a significant development. Under the supervision of Linux Foundation, REHL developed and offered this operating system in 2014. Owing to its smoothness and, at the same time, versatility, this operating system is today run on most web and enterprise servers as the main operating system. This operating system currently supports X86-64 architecture. The new version has added Alt-arch to the list of supported architectures.

Ubuntu is a Linux-based operating system released by Canonical in 2004. Using the Debian development as the base, this operating system was offered only to personal in its early releases. Subsequently, the enterprise releases were offered for network and enterprise servers. Ubuntu is available for free and open source. Users only need to pay a fee to receive online support if needed. Ubuntu today supports a variety of hardware architectures thanks to its Debian base. In addition to various computer architectures, Ubuntu can run on smartphones and other devices. Nowadays, internet users run the server edition of Ubuntu on VPS, launching a variety of web servers, DNS servers, VPN's and other services.

FreeBSD is an operating system used to power modern servers, desktops, and embedded platforms. Based on a Unix development research, FreeBSD is a general-purpose operating system released by the University of Berkeley in 1993. A large community has continually developed it for more than thirty years. Its advanced networking, security, and storage features have made FreeBSD the platform of choice for many of the busiest websites and most pervasive embedded networking and storage devices. Today, FreeBSD is used for different purposes by large corporations such as Sony, Yahoo, Apple and IBM. FreeBSD serves numerous VPS users who are involved in OS research and development or providing a particular service on the Internet. FreeBSD maintains a complete operating system, for example the project delivers kernel, device drivers, user utilities, and documentation.

It's just amazing. I am really satisfied with 1gbits.

I STRONGLY recommend 1gbits to EVERYONE interested in running a successful online business!

1gbits is great. We've used 1gbits for the last five years. I could probably go into sales for you.