In order to make a comparison between Raid 0 and Raid 10, you must understand each Raid individually so you can decide which one is best for you.

Let’s start the process from Raid 0.

Raid 0 can be described as a connection between two or more physical discs. This connection makes the discs appear as a single logical drive.

There is a catch in this connection. The total amount of memory will be equal to the size of the smallest drive multiplied with the number of total drives. 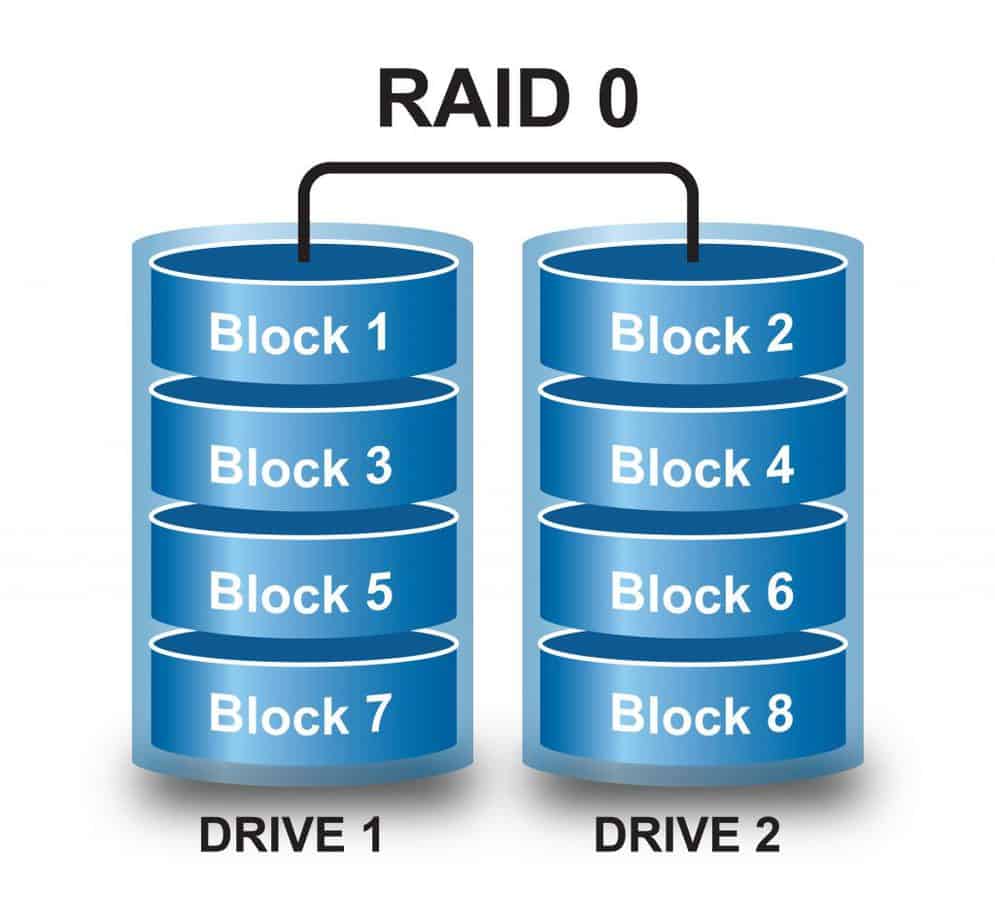 For example, if you have connected two drives with Raid 0 connection, one with 250GB capacity and the other is 250GB, you will have the final capacity according to this formula 250x2=500GB.

Advantages and disadvantages of Raid 0

When RAID 0 is useful

Redundant Array of Independent (or Inexpensive) Disks is the acronym of Raid. There are several other levels from 0 to 9 as well for the same purpose with different benefits. Raid 10 is the combination of Raid 1 and Raid 0.

Mirroring is the term that defines writing data on two or more hard drive disks (HDDs) at the same time. Here you can benefit from the mirroring as when one disk fails; your mirror image preserves the data from the failed disk.

The Advantages and Disadvantages of RAID 10

Raid 10 Is Not Backup

Even though Raid 10 writes data on two hard drives simultaneously, it is still not your traditional backup. If the data on one drive is corrupted, it will corrupt the both drives. When you are using Raid you must use an effective backup system. And beware of the fact if you feel any issue in your data, don't overwrite the previous backup rather use some other location.

You can checkout our VPS solutions which have RAID 10 configurations integrated.