Difference between SSD and HDD: comparison

Both SSD (solid-state drive) and HDD (hard disk drive) are the most popular data storage options. Although cloud storage is on the rise, it still has a long distance for covering to give a run for money to these two. Both SSDs and HDDs are different in their physical specifications and how each of them stores and processes data. Being significantly different from one another, both - solid-state drives and hard disk drives - have distinct advantages and disadvantages over one another.

The decision about which of them to take mainly depends on how you use your system and the purpose for which you require storage. Personal preferences might also play a role. So in this guide, we will describe the complete information of SSD and HDD with their brief comparison. 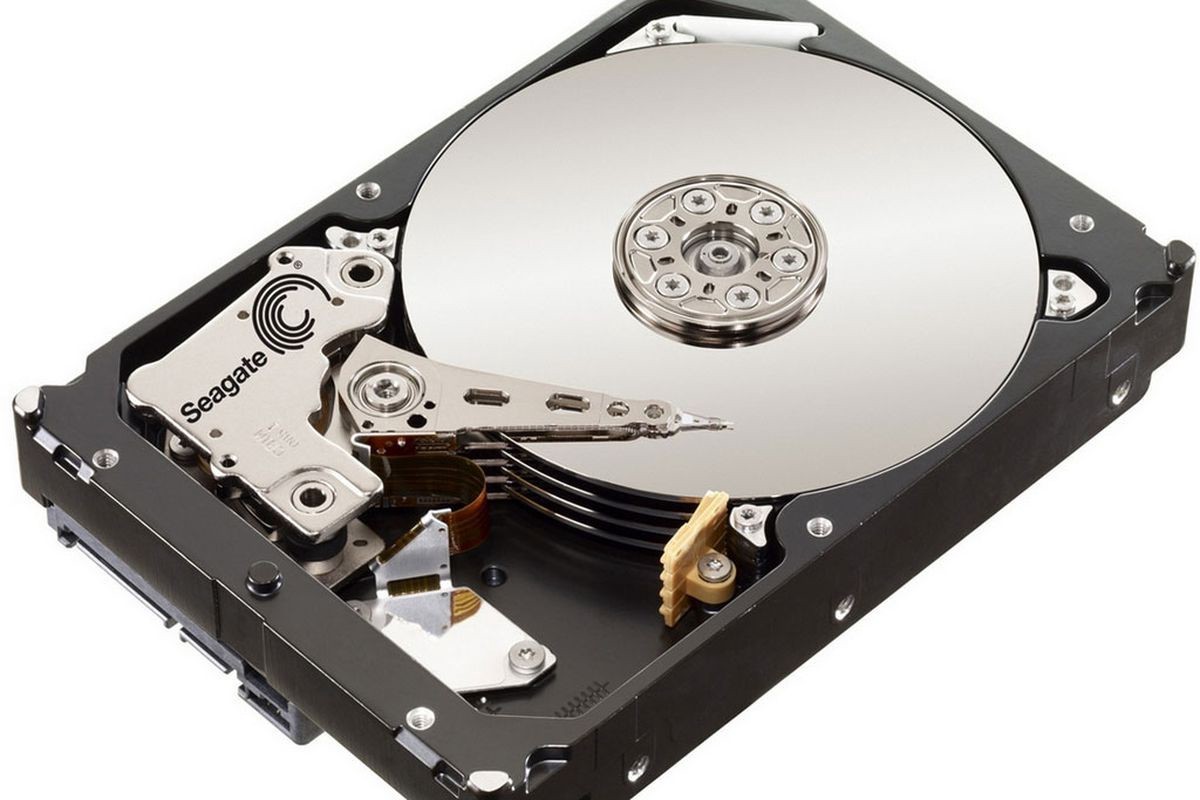 Hard Disk Drives or HDDs have been around for 50+ years now. These storage devices have cut the chunkiness throughout their lifespan and added to the maximum storage capacity at a gradual pace. HDDs have emerged as one of the most stable and mainstream forms of data storage.

In addition to these hardware components, a hard disk drive also comes with an I/O controller. Some firmware serves as the software component for the HDD. The I/O controller paired with the firmware makes communication between the HDD and the system - CPU - possible. This concludes how the hardware operates.

Each platter of the HDD corresponds to concentric circles dubbed tracks. Each track is divided into logical units known as sectors. A combination of a specific track and sector provides a unique address to store, locate, and organize data. Usually, the hard disk drive writes data to the nearest available area. An algorithm is put in place that processes the data before writing it. This is done primarily to allow the firmware to detect and correct errors if it finds any. 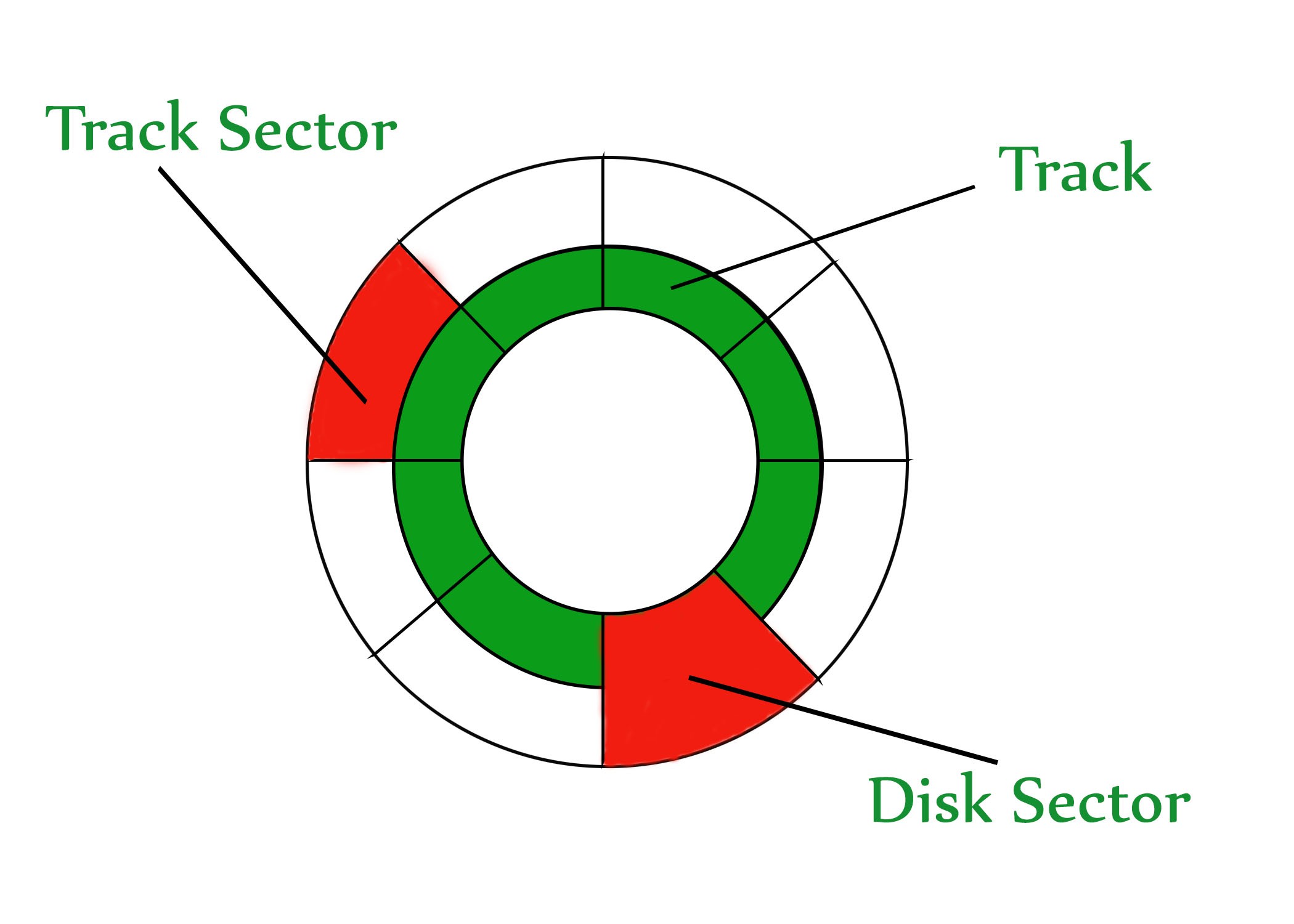 The speed at which the platters spin is predetermined, and it varies depending on the HDD manufacturer and the device model. For HDDs corresponding to home desktops, it is anywhere between 4200 RPM to 7200 RPM. It directly corresponds to read/write rates, i.e., the more the preset speed, the faster the read/write rate.

As soon as a user gives the command to read data from an HDD, the I/O controller tells the whereabouts of the same to the actuator arm. The read/write head retrieves the data by reading the presence or absence of a charge in each provided address.

If the user commands to update the data, then the read/write head changes the charge on the concerning track and sector. Remember, the latency defines the time required by the platter to spin and the actuator arm to locate the desired track and sector.

Advantages and Disadvantages of HDD

There are certain limitations of hard disk drives, mostly due to the reliance on mechanical parts - like actuator arm and read/write head - for reading and writing data. These are summed up as follows:

Solid State Drives leverage a type of flash memory, NAND logic - the same that is used for USB drives, for fulfilling data storage needs and performing read, write, and update operations on the data.

Unlike HDDs with many mechanical parts (like magnetic heads and spinning platters), SSDs are free from all of them. Thus, they are more durable and require less energy for their operation. To understand SSDs completely, we need first to understand the working of the NAND briefly.

An SSD controller is included for maintaining a track of the data and managing a lot of other aspects, like executing firmware-level software. Whenever a retrieve or update data command is made, the SSD controller looks for the desired data at the related address and reads the charge status.

Updating data is a complex process in solid-state drives as the entire data in a block, where the change needs to be made, must be refreshed. 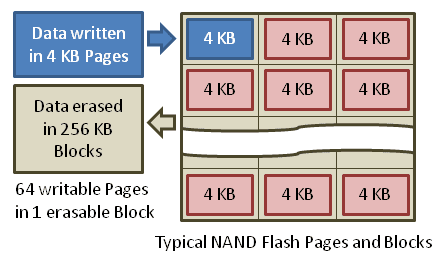 For doing so, the data on the concerned block is first copied to a different block. After that, the target block is erased. Next, the entire data is rewritten to a new block with the required changes.

An important process of SSDs that one must be aware of is TRIM (known as UNMAP in the SCSI command set). It informs the SSD that it can skip rewriting some data while erasing data on a block. This is an important process as it prevents an SSD from premature wear as the number of times that a block can be rewritten is limited.

Another important process about SSDs is wear levelling. This algorithm ensures that each block of the SSD drive gets an equal number of reading/writing processes. It is an automatic process. 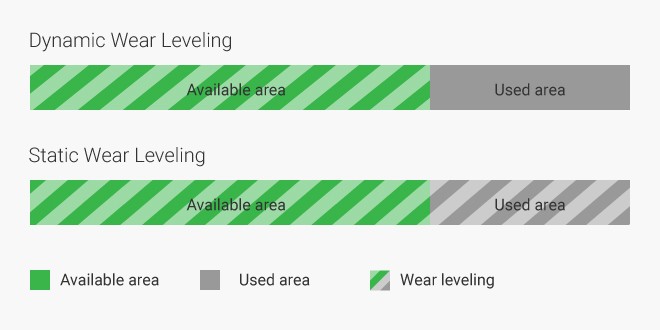 Advantages and Disadvantages of SSD

Difference Between SSD and HDD (SSD vs. HDD)

Now we know the basics of HDD and SSD, it is time to compare them. A summary of the differences between SSD and HDD are explained as follows:

Choosing one between the two depends on the requirements. If energy consumption and data transfer speed is the leading factor, then SSD is the go-to option. For users prioritizing cost-effectiveness and higher storage capacity, HDD is the superior pick to make. At 1Gbits, we provide dedicated servers with both SSD and HDD storage.

What Is a Linux Server?